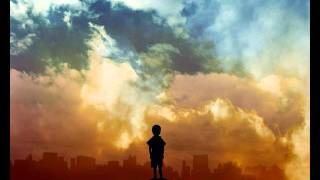 According to news reports, the validity of which cannot be ascertained by the general public, a crazed US government came within 10 minutes of igniting a general conflagration in the Middle East, the consequences of which could have been catastrophic for all.

The moronic warmongers in high office -- Bolton, Pompeo, and Pence -- and their Israel Lobby masters are determined, and they have not abandoned their campaign for war with Iran. Of course, the liars say that Iran will just accept its punishment for defending its territory and there will be no war. But this is not what Iran says. I believe Iran.

Some of the tiny percentage of people in the Western World who are still capable of thought regret that Trump called off the insane plan. They think the consequences would have been the destruction of the Saudi and Israeli governments -- two of the most evil in history -- and the cut-off of oil to the US and Europe, with the resulting depression causing the overthrow of the Western warmonger governments. They believe that catastrophic American defeat is the only way peace can be restored to the world.

In other words, it is not clear whether Trump calling off the attack saved us or doomed us. The Israel Lobby and their neoconservative agents have not been taught a lesson. Trump has not fired Bolton and Pompeo for almost igniting a conflagration, and he has not dressed down his moronic vice president. So, it can all happen again.

And likely will. The lesson that Bolton and Israel have learned is that the fake news about an Iranian attack on a Japanese freighter, denied by the Japanese, was not sufficient to lock Trump into "saving face" by attacking Iran. So be prepared for a larger orchestrated provocation. Bolton and Israel know that the Western presstitutes will lie for them. Watch for a provocation that allows Trump no alternative to an attack.

Washington's use of fake news and false flag attacks to launch military attacks goes back a long way. In the 21st Century we have had a concentrated dose -- Saddam Hussein's weapons of mass destruction, Assad's use of chemical weapons, Iranian nukes, Russian invasions, Maduro starving his own people, the endless lies about Gaddafi. Yes, I know there are more. I am writing an article, not an encyclopedia.

Washington has grown accustomed to attacking countries on false pretenses and getting away with it. Therefore, there is nothing to discourage the Israel Lobby and its Washington puppets from continuing to set-up Iran for an attack. Success breeds in caution. The attack on Iraq was stage-managed by a credible US Secretary of State before the UN. The attack on Libya was stage-managed by a UN resolution that a deceived Russia and China failed to block. In situations such as these, Washington arranged a green light for its war crimes. However, Washington has failed to stage-manage a green light for an attack on Iran. Moreover, Iran is a more powerful military force than Iraq and Libya, and the extent of the depth of Russian and Chinese support for Iran is unknown to Washington.

If Israel succeeds in having its Washington puppet attack Iran, Israel and its neoconservative agents will not welcome failure of their objective. They will fight against failure with more dangerous moves. I can easily imagine the fanatics having Trump "save face" by destroying the world and issuing some kind of ultimatums to Russia and China or resorting to the use of nuclear weapons against Iran.

The insouciant American -- indeed, Western -- people are kept unaware by design. It is the function of the presstitutes to control the explanations given to the people. The US Congress is bought and paid for by the Israel Lobby, as are most important politicians in the UK and Europe. What I am telling you is that it is very easy for fanatics to produce Armageddon.

Stephen Cohen and I, and a few surviving others, lived through the 20th century Cold War. In recent years we both have reported on numerous occasions that the threat of nuclear war today is far higher than during the Cold War. One reason is that during the Cold War, US and Soviet leaders worked to defuse tensions and to build trust. In contrast, since the Clinton regime the US has worked consistently to build tensions. Both Cohen and I have listed on many occasions the tension-building activities pursued by all post-Reagan/George H.W. Bush administrations.

Therefore, it takes very little miscalculation for the morons in Washington to cause a threat-ending response from Russia as Washington has convinced the Russian government that the US intends to destroy them.

The orchestration of Russia-gate by the Democratic Party, military/security complex, and their media whores has, as Stephen Cohen has emphasized, forced President Trump in an act of self-preservation to adopt the neoconservative attitude toward Russia and other "non-compliant" governments. This attitude is dangerous enough in the best of times. It is extremely dangerous after trust has been destroyed by years of lies and false accusations.

Perhaps there is someone in the Trump administration who has the intelligence to understand the dangerous situation and who has Trump's confidence. But I do not know who that person is.

We have to face the fact that as we face Armageddon the Western World is leaderless.

Related Topic(s): Armageddon; Dangerous; Iran; Israel; Presstitutes; Russia-gate; Trump; Warmongers; World Issues, Add Tags
Add to My Group(s)
Go To Commenting
The views expressed herein are the sole responsibility of the author and do not necessarily reflect those of this website or its editors.