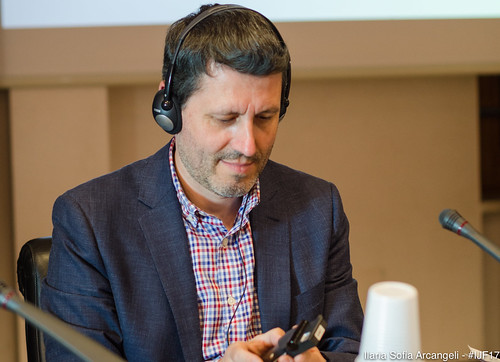 Duluth, Minnesota (OpEdNews) February 18, 2019: Conservative American Catholics today feel under siege. The Second Vatican Council (1962-1965) in the Roman Catholic Church updated certain church teachings and practices. For example, Vatican II mandated that priests should celebrate the Mass in their vernacular language. However, to this day, certain conservative American Catholics prefer to have their priests celebrate the Mass in Latin which for historical reasons was the language in which the Mass had been celebrated for centuries.

Next, conservative American Catholics were distressed by the U.S. Supreme Court's 1973 ruling in Roe v. Wade legalizing abortion in the first trimester contrary to the church's teaching against abortion. To this day, certain conservative American Catholics engage in fierce anti-abortion zealotry. At the present time, abortion appears to be emerging as a possible issue in the 2020 presidential election.

Next, conservative American Catholics were distressed by the priest-sex-abuse scandal and cover-up by bishops. The extent of priest sex-abuse is still being revealed as various diocese and religious orders post online reports of priest sex abuse going back decades.

To this day, certain conservative American Catholics argue that priests who abused underage boys must be gay. For example, Kenneth L. Woodward, who served for thirty-eight years as religion editor at Newsweek, makes this argument in his article "Double Lives: The Peril of Hypocrisy" in Commonweal, the lay-Catholic magazine (dated November 9, 2018):

Also see my OEN article "Is Kenneth L. Woodward Advancing a Conspiracy Theory About the Priest-Sex-Abuse Scandal and Cover Up?":

In Woodward's commentary, he also discusses the revelations about Theodore E. McCarrick, the former cardinal and archbishop of Washington, D.C., who was credibly accused of molesting underage boys years ago. As of February 16, 2019, Pope Francis has officially "defrocked" McCarrick that is, the pope has formally stripped McCarrick of his priestly identity and revoked church-sponsored resources like housing and financial benefits. But the pope's "defrocking" of McCarrick may not impress conservative American Catholics.

Now, to appear to be doing something, rather than nothing, Pope Francis called an unprecedented summit meeting from February 21-24, 2019, in Rome of the heads of each country's conference of bishops (e.g., the U.S. Conference of Catholic Bishops) to consider the priest-sex-abuse scandal and cover-up. To be sure, doing nothing further is not a viable option for the pope. (At the present time, Daniel N. DiNardo, cardinal and archbishop of Galveston-Houston, is the president of the U.S. Conference of Catholic Bishops.)

However, on Thursday, January 21, 2019, the openly gay French journalist Frederic Martel's new book about the Vatican was released in eight languages and 20 countries. The English translation released in the United States, the United Kingdom, and Canada is titled In the Closet of the Vatican: Power, Homosexuality, Hypocrisy, translated by Shaun Whiteside (Bloomsbury Continuum). At the time of the 550-page book's release, 300 additional pages of notes were released online. Frederic Martel worked on this book for four years and interviewed more than 1,500 people in 30 countries, including 41 cardinals, 52 bishops, and 45 apostolic nuncios. This is remarkable access.

Related Topic(s): Abortion; Anti-abortion; Catholic; Homophobic; Homosexuality; Homosexuality; Hypocrisy; Priests; Religion; Scandal; (more...) Zealotry, Add Tags  (less...)
Add to My Group(s)
Go To Commenting
The views expressed herein are the sole responsibility of the author and do not necessarily reflect those of this website or its editors.