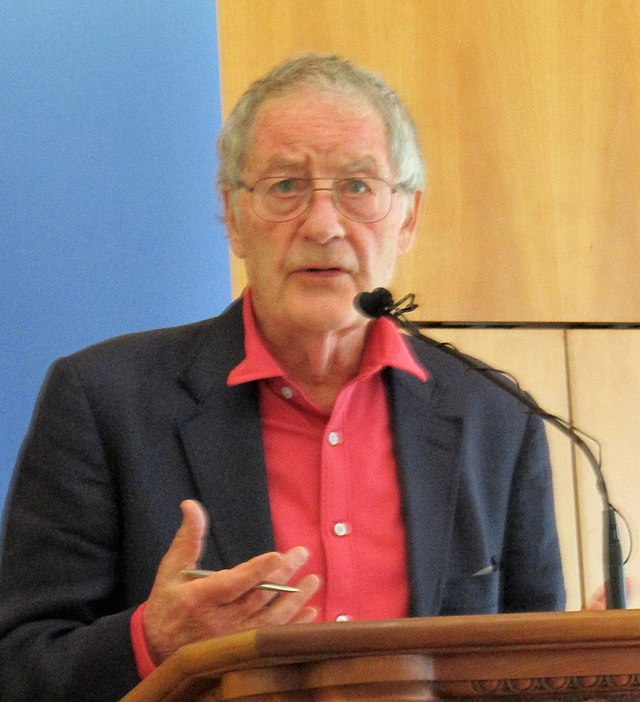 Duluth, Minnesota (OpEdNews) October 20, 2018: Kenneth L. Woodward (born in October 1939), who served for thirty-eight years as the religion editor of Newsweek, has published an extraordinary article titled "Double Lives: The Peril of Hypocrisy" in the lay-Catholic American magazine Commonweal:

In my estimate, Woodward's article contains extraordinarily explosive material toward the end, which I will quote momentarily.

Woodward's lengthy article is a candid commentary about certain recent event involving the priest-sex-abuse scandal in the U.S. and cover-up by the American bishops. He starts his commentary by reviewing three big events in August 2018:

(1) the release of the Pennsylvania grand-jury report about priest-sex-abuse and the cover-up in certain dioceses;

First, Woodward reviews the Pennsylvania grand-jury report. Apart from certain details about specific cases, he feels that he didn't learn anything from the nine-hundred-page report that he had not already learned from the Boston Globe's investigative stories in 2002.

But in his discussion of the Pennsylvania grand-jury report, Woodward says that "the real horror is that, unlike most human beings, too many bishops simply could not identify with the youthful victims of predatory priests, or with their outraged parents."

Next, Woodward turns his attention to the revelations about ex-Cardinal McCarrick, which he sees as "a far more consequential event."

Finally, Woodward turns his attention to Archbishop Vigano's open letters online. Vigano (born in January 1941) served as the Vatican's apostolic nuncio (diplomat) in Washington, D.C., from 2011 to 2016. Now ex-Cardinal McCarrick (born in July 1930) had served as the archbishop of Washington, D.C. Briefly, Vigano alleged that he himself had told Pope Francis (born in December 1936) about alleged sanctions against McCarrick, after Pope Francis was elected pope in 2013.

Now, the Catholic News Agency reported in a story dated October 7, 2018, that Cardinal Marc Ouellett (born in June 1944), the Vatican's prefect for the Congregation for Bishops, had released a letter on October 7, 2018, in which he says, "'The instructions prepared for you [Vigano, at the time when he was appointed nuncio] by the Congregation for Bishops at the beginning of your service in 2011 did not say anything about McCarrick, except what I told you about his situation as an Emeritus Bishop who had to obey certain conditions and restrictions because of rumors about his behavior in the past.'"

However, Woodward does not mention Cardinal Ouellett's published reply to Archbishop Vigano, perhaps because Woodward had written his lengthy commentary before Ouellett published his reply to Vigano on October 7, 2018.

Even more recently, Vigano has published a new letter online (in Italian) in which he replies to Ouellett, which Claire Giangrave reports in her article "Ex-papal envoy denounces 'scourge of homosexuality' in abuse crisis" (dated October 19, 2018):

Related Topic(s): Catholic; Homosexuality; Hypocrisy; Newsweek; Parents; Priests; Religion; Scandal; Sex; Sex; (more...) Sexuality, Add Tags  (less...)
Add to My Group(s)
Go To Commenting
The views expressed herein are the sole responsibility of the author and do not necessarily reflect those of this website or its editors.