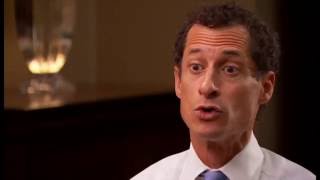 I served nearly two years in a federal prison after blowing the whistle on the CIA's torture program. One of the first things I learned in prison, on my very first day, was that there is a hierarchy there, and it's set in stone. Those convicted of crimes not associated with children -- and who did not rat on codefendants -- are at the top of the heap. That includes those people convicted of drug and white-collar offenses. Rats and those who act as informers for the corrections officers are a distant second. And "chomos," prison slang for "child molesters" or anybody convicted of any sex crime involving a child, are at the very bottom of the pecking order.

Touchers are the lowest of the low. They are the ones who have actually violated children or, as in Weiner's case, attempted to violate a child. I've written in the past about how the prison library and the prison chapel were safe havens for pedophiles. They knew that nobody would harm them there (there were always guards present) and so they spent whole days there. Many spent their entire sentences sitting in the library or the chapel.

When I worked in the prison chapel at FCI Loretto, we had a rule: Nobody was permitted to talk about his case. The chapel was supposed to be a place of reflection and prayer. But pedophiles can't help themselves. A psychiatrist friend told me during a visit that pedophiles get sexual gratification by talking about their cases and reliving their crimes. I can't tell you how many times I had to shout, "Hey! Stop talking about your case!" only to be told indignantly, "She liked it. She came on to me," or "She said it felt good." The "she" in question was the perpetrator's daughter. The worst response I heard was, "Jesus loved the little children." It was sickening.

Pedophiles have a tougher time in day-to-day life in prison than your average prisoner. First, they are not permitted to do their time at minimum-security work camps because they pose a threat to society. Medium and high-security prisons are too dangerous for them. So they all do their time in low-security prisons. It's not unusual for 35 or 40 percent of prisoners in a low-security prison to be pedophiles. Second, many of them are not permitted to have access to the prison email system. (No prisoner has access to the internet.) Third, other prisoners do not allow their pedophile cellmates to have visitors. This is a hard-and-fast rule and can result in a hearty beating if violated. Fourth, pedophiles are not allowed to sit in the TV room. If they want to watch a show, they can stand in the entryway, but they are not allowed to have seats, most of which are assigned by the various races' "shot-callers." Most importantly, pedophiles must sit with other pedophiles in the cafeteria. They often share their tables with rats, who also are not allowed to sit with "good guys," which is what prisoners who have no child sex crimes in their pasts call themselves.

Anthony Weiner is going to have a tough time in prison. But I have some advice for him.

Nobody wants to be a friend of a pedophile except another pedophile. Whether or not Weiner is trying to turn over a new leaf, as he told his sentencing judge, he's going to have to keep a low profile and keep his mouth shut. Don't speak unless you're spoken to. Don't try to move into another cell, even though you may not like the one you're assigned to; take what you're given and don't say anything. Learn to get through your time without watching television. Take a seat at the pedophile table in the cafeteria and learn to live with it.

Weiner can pass the time by reading, writing letters, and working a menial job that he'll likely be paid $5 or $10 a month to perform. When he gets out of prison, he'll register as a sex offender and start his three years of federal probation, or "supervised release."

There's no good side to this story. Weiner's life as he knew it is over. There's no coming back from a child sex crime. But he can get through the next 21 months if he keeps as low a profile as possible. It'll be worth the effort.

Related Topic(s): Anthony Wiener; Awakening; Crime; Pedophile; Prisoners; Sex, Add Tags
Add to My Group(s)
Go To Commenting
The views expressed herein are the sole responsibility of the author and do not necessarily reflect those of this website or its editors.