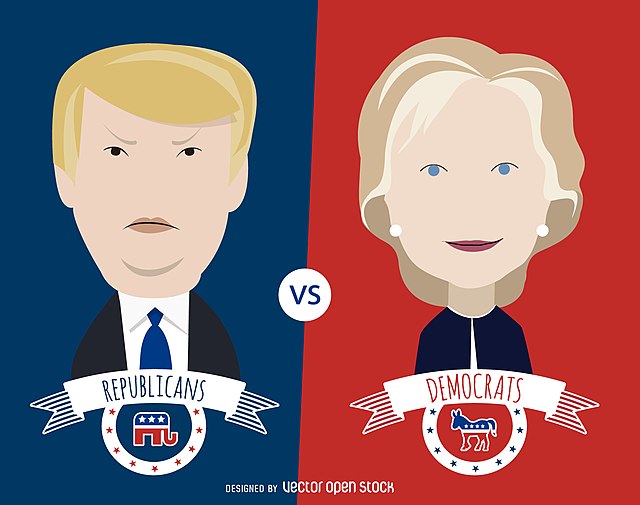 The week began with Donald Trump making inane remarks about always wanting a Purple Heart and arguing with a crying baby. It ended with the Olympics opening to a samba beat in corruption-plagued Brazil. But something else has been rattling around in my brain and I finally figured it out.

For the past decade, the two subjects I have written about more than any others are politics and addiction. While each has its own niche and relevance in the world, I always knew there would come a time when the two merged seamlessly into one. I just didn't think it would take the most tawdry, depressing, insulting, downright embarrassing presidential campaign in my lifetime for it to happen.

But here we are, my fellow Americans, three months away from having to choose between two of the most disliked candidates in our nation's history to be the most powerful person on the planet. In 12-step program language: We have become powerless over our political process and our lives are becoming increasingly unmanageable.

At first, I thought this was just a problem for Republicans, many of whom are faced with trying to figure out how to detach from their utterly unmanageable presidential candidate, Donald Trump. Al-Anon, a 12-step program for families and friends of alcoholics, talks of trying to detach from the alcoholic or addict with love. Love the addict, hate the disease, is the rationale.

However, the group's members also acknowledge that sometimes it is necessary -- for self-preservation -- to "detach with an ax." A few members of the Republican family have done so with Trump and more are in the process of getting up the courage to do so.

More on this in a bit.

What finally alerted me to the dual dysfunction of our presidential campaign -- my moment of political clarity, if you will -- was the FBI deciding not to recommend criminal charges against Hillary Clinton, the Democratic presidential candidate, for her use of a private e-mail server while she was secretary of state.

But they cleared her, you say. Yes, they did. No crime was committed, they say. But they also said she and her staff were incredibly careless and she showed poor judgment in creating this system, which could have compromised classified information. The FBI and State Department both said it did not, but what struck me was Clinton's need to ignore established -- secure -- protocol and install a system over which she, at least theoretically, had total control.

This, I recalled, was not new behavior for Clinton. Her political campaigns -- for the U.S. Senate in New York and for president -- are famous for her efforts to strictly control and limit all interactions with the news media as well as to carefully manage her public appearances. Not too much mingling.

It's almost as if, when she feels she is in total control of the situation, she feels comfortable, but if she is not, well, who knows what might happen? There is no trust

Why would any intelligent, capable, successful woman have trust issues?

How about a husband who was a serial philanderer? A successful, charming husband who cheated and lied and paid no serious consequences for his actions, no less. This could prompt some controlling, seemingly arrogant, behavior in anyone who opted not to detach, with love or an ax.

Hillary stayed with Bill and today she is the center of attention. He remains visible and is still respected by many, but obviously is no longer a threat to her peace of mind. He may simply have aged out of the erratic behavior. That happens a lot in dysfunctional families. The "non-problem" spouse no longer has to devote all her energies to making things appear to be normal at home; she really is running things.

So when the "kids" in the Democratic family -- the Bernie Sanders progressives -- started demanding that things have to change at home, she was able to at least listen. Whether she is able, or willing, to make those changes, however, remains to be seen.

It also remains to be seen if she can let down those protective walls and show voters a more human side. To continue the arms-length behavior only breeds distrust among people she's also asking to like her well enough to give her their vote. It's foolishly self-defeating behavior for a politician.