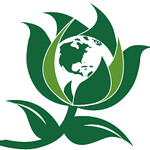 As the 2020 presidential election approaches, the Green Party faces the challenge of settling on a platform, choosing a candidate for president, and deciding its campaign strategy. In that context, Howie Hawkins, a contender for Green Party presidential candidate, recently published a clear and cogent essay titled The Green Party Is Not the Democrats' Problem. It represents a precedent Green Party stance which may guide Green campaign policy. We agree with much, but find some ideas very troubling.

The stance offered in Hawkins' article says "the assertion that the Green Party spoiled the 2000 and 2016 elections is a shallow explanation for the Democrats' losses;" that in 2000, "the Supreme Court stopped the Florida recount;" that many factors "elected Trump in 2016...including black voter suppression, Comey publicly reopening the Clinton email case a week before the election, $6 billion of free publicity for Trump from the commercial media, and a Clinton campaign that failed to get enough of its Democratic base out;" that the Electoral College "gave the presidency to the loser of the popular vote;" that most Greens are "furious" at a Democratic party "that joins with Republicans to support domestic austerity and a bloated military budget and endless wars;" "that the Green Party's Green New Deal science-based timeline, would put the country on a World War II scale emergency footing to transform the economy to zero greenhouse gas emissions and 100% clean energy by 2030;" and that "the Green Party want(s) to eliminate poverty and radically reduce inequality" including a job guarantee, a guaranteed income above poverty, affordable housing, improved Medicare for all, lifelong public education from pre-K through college, and a secure retirement;" and finally that the Green Party strategy "is to build the party from the bottom up by electing thousands to municipal and county offices, state legislatures, and soon the House as we go into the 2020s."

We agree that many factors led to Democratic Party losses and that the Supreme Court was a big one as was the Electoral College, and we too are furious at Democrats joining Republicans in so many violations of justice and peace. Likewise, we admire the Greens' Green New Deal and economic justice commitments, and also support a grassroots, local office approach to winning electoral gains.

So with all that agreement, why are we sending a critical open letter?

The stance the article presents, which may guide the Green campaign for president, says, "To hold all other factors (contributing to recent Presidential victories) constant and focus on the Green Party as the deciding factor is a hypothetical that is a logical fallacy because it assumes away a factual reality: the Green Party is here to stay." However, our finding Green policy a factor in Republican victories in no way suggests that the Green Party should disappear. And our focus on factors within our reach to easily correct (for example, the Green Party role in contested states) is in fact sensible.

The stance also says "the Green Party is not why the Democrats lost to Bush and Trump," but even if true, that wouldn't demonstrate it won't be why this time. In any case, let's take Trump and Clinton, and see how Green Party policy mattered.

If Clinton got Jill Stein's Green votes in Pennsylvania, Wisconsin, and Michigan, Clinton would have won the election. Thus, the Green Party's decision to run in those states, saying even that there was little or no difference between Trump and Clinton, seems to us to be a factor worthy of being removed from contested state dynamics, just like the Electoral College is a factor worthy of being removed across all states.

We realize many and perhaps most Greens will respond that if those who voted for Stein in contested states in 2016 hadn't done so, they would have abstained. We don't know how anyone could know that, but for the sake of argument we will suppose it is correct.

Still, if these voters who preferred Stein did indeed erroneously believe that there was no difference between Trump and Clinton, surely to some degree that was a result of Stein refusing to acknowledge the special danger of Trump, and insisting that while it would be bad if Trump won it would also be bad if Clinton won, and refusing to state any preference.

Similarly, if these Stein voters did indeed erroneously believe that no harm could come from casting a vote for Stein in a close state in a close election, that also to some degree was surely a result of Green campaigning insisting that Green voters bore no responsibility for the 2000 election result.

And finally, if these voters did indeed erroneously believe that it was immoral to contaminate themselves by voting for Clinton or for a Democrat, surely in part that too was encouraged by Green campaigning that treated voting as a feel-good activity ("vote your hopes, not your fears") as if fear of climate disaster, for example, shouldn't be a motivator for political action.

The stance says, "The Green Party is not going back to the 'safe states strategy' that a faction of it attempted in 2004." This means they will not forgo running in contested states where Green votes could swing the outcome as happened in Pennsylvania, Wisconsin, and Michigan in 2016, and they will not run in only 40 safe states where the outcome will be a foregone conclusion.

But why reject a safe states strategy?

Like Stein in 2016, some might claim doing so can't help Trump win again or, in any case, that Trump's re-election would not matter all that much. "He isn't that much worse."

Related Topic(s): 2020 Elections; Election-Voting Issues; Green Party; Open Letter; Party Loyalty; Trump, Add Tags
Add to My Group(s)
Go To Commenting
The views expressed herein are the sole responsibility of the author and do not necessarily reflect those of this website or its editors.