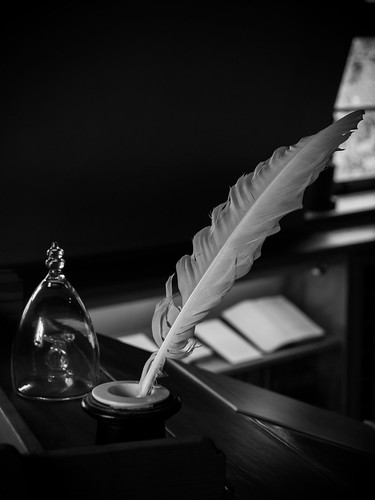 I know of only one secret to guarding man against depravity, and that is: to arm his heart against weakness.

As within any period of time, the question is repeatedly asked "What is the Role of the Artist?" That is, what is the value of Art and can it play a role in the betterment of individuals and even societies? If this were even possible, how does an artist go about accomplishing this? How is an artist to offer up their work as a guide towards self betterment for not only those of their time but for those in the future? How are they to avoid the delusions and falsehoods circulating around them that are popularly believed by their peers?

Due to all these complications and complexities, it is believed by many, that this is actually an impossible task. That no one can escape being ultimately, a product of their time, and thus are subjugated to the prejudices and fallacies of such a time; they conclude that the great writers of the past will always be limited in their use and influence on the present and the future.

Well first off, we should begin with the question: "What is Art and what does it encompass?" As you will see is often the case in studying these great writers of the past, they often had more than one field of study that they were productive in, this is especially the case looking at the 19th century and further back. Friedrich Schiller for instance, could be called a poet, philosopher, physician, historian and playwright. Was Schiller only an artist as a poet and playwright, or could we say he was an artist in every one of these fields? His studies of history and philosophy influenced his understanding of humankind and inspired the poems and plays he wrote, and not in the least also shaped who he was. As Shelley wrote in his A Defense of Poetry "poets are the unacknowledged legislators of the world". What Shelley is saying by this is that Art herself plays a central role in the good governance of societies and thus the good governance of its citizens. Therefore, Art is placed as the kernel in all subjects of study. Let us thus keep it in our minds for now as a hypothesis, and if there is indeed no field that is not affected by Art herself, than the study of Art and its importance changes significantly.

Schiller was 30 years old when the French Revolution started in 1789, it would last 10 years and would become known as The Terror for the amount of bloodshed it caused, resulting in over 40, 000 executions. The intention was originally to set up a Republic and render the monarchy obsolete, as the Americans had done against the British monarchy, however, in the case of France it quickly descended into chaos and anyone representing what was considered the "elite" were being sentenced to death, including their scientists and artists. The anarchy of the Jacobin terror left the people of France ultimately leaderless and allowed for the entrance of Napoleon, who envisioned himself as an emperor of not only France but Europe. The Napoleonic wars ensued and the bloodshed increased.

Schiller wrote in response to the loss of the French Revolution, "How could it be that such a pregnant moment, such a moment full of opportunity, failed?"This great moment had found a little people." In other words, the objective condition for political change was there, but the subjective moral condition was lacking, and therefore, Schiller said from now on, all improvements in politics must come through "the ennoblement of the individual." for which he wrote "The Aesthetical Letters" as an education on this.

Therefore, if such a tantamount role is not only possible but necessary for Art, how does the artist accomplish such a feat?! Schiller understood that for Art to have influence for the good over people, there must be a certain degree of freedom in how an audience interacts and reflects upon the Art. Schiller named this the play instinct. What he meant by this, is that Art cannot directly instruct, or dictate dryly, what is the good and how to be good but rather presents itself in a somewhat playful way, for we are best educated when we are at play and not when we feel unnaturally constrained by rules. Art thus beckons its audience to reflect upon what the lesson was through a discovery within their hearts or their sensuality in this sense. That is, Art moves the heart first and then the mind and because it moves the heart first it must be presented as something free and not something caged.

Let us focus here on the Art of theatre to showcase this. Schiller wrote in his paper Theater Considered as a Moral Institution:

The stage brings before us a rich array of human woes. It artfully involves us in the troubles of others, and rewards us for this momentary pain with tears of delight and a splendid increase in our courage and experience"What our soul only senses as distant premonition, here we can hear audibly and incontrovertibly affirmed by the startled voice of nature"

Eternity leaves its dead behind, so that they may reveal secrets which the living could never divine, and the cocksure villain is driven from his final ghastly lair, for even graves blurt out their secrets.

But, not satisfied with merely acquainting us with the fates of mankind, the stage also teaches us to be more just toward the victim of misfortune, and to judge him more leniently. For, only once we can plumb the depths of his tormented soul, are we entitled to pass judgement on him.

Related Topic(s): Theater, Add Tags
Add to My Group(s)
Go To Commenting
The views expressed herein are the sole responsibility of the author and do not necessarily reflect those of this website or its editors.