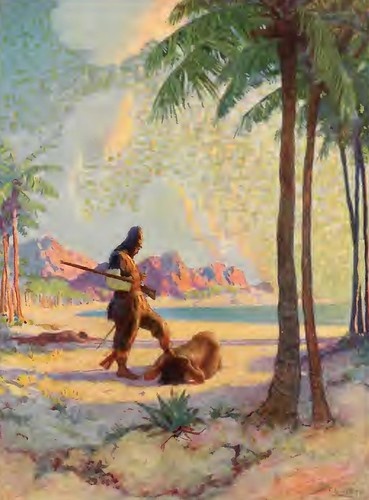 "Human behaviour is not entirely motivated by self-interest of each human---game theory works in terms of self-interest, but---some game theory concepts could be unsound. There is over-dependence on rationality. That is my enlightenment"---John Nash, winner of the Nobel Prize for Economics in 1994 for his "landmark" work beginning in the 1950s on game theory.

Game theory, the mathematical theory of games of strategy, was developed by John von Neumann in several successive stages in 1928 and 1940-41, according to his book "Theory of Games and Economic Behaviour" which he co-authored with Oskar Morgenstern.

The crux of the theory is that an individuals' behaviour will always be motivated towards achieving an optimal outcome, which is determined by self-interest. An assumption made is that the players in such a game are rational, which translates to, "will strive to maximize their payoffs in the game". In other words, it is assumed they are motivated by selfish self-interests.

Over the years, other contributors such as John Nash (Nash equilibrium) and John Maynard Smith (evolutionary stable strategy) have added to the theory and we are now at a point where it is considered by many to be an essential tool when modelling economic, political, sociological or military behaviours and outcomes, and is taught as such in many prestigious universities as something pretty much set in stone.

But what if we have made a terrible mistake?

After all, it is acknowledged by the theorists themselves that the entire functioning of their model relies upon the assumption that we are governed by rational selfish behaviour, and that they feel confident about this assumption since reality has apparently confirmed this fact to them. But what if this game is not objectively mirroring a truthful depiction of us? What if this game has rather, been used as a conditioning tool, a self-fulfilling prophecy, a positive feedback loop?

Theory of Games and Economic Behaviour

Before we can answer such a question, we need to look at the forms of simplification and assumptions that were used by von Neumann when formulating the philosophy to the game theory model. This may be counter-intuitive to some, but the "philosophy" or "hypothesis" must always precede the actual model. The variables you choose to use, the variables you discount for, how you define the variables, how you define the relationship between the variables are not being defined by the model, but rather the creator of the model. Once the model is created it can now, theoretically, add to that beginning structure and mimic a simplified version of reality.

However, we should keep in mind that a model that has been created on a false hypothesis could still "function," if the variables are not too much in contradiction to the other variables' operations. Such a model is not "aware" that it is not a representation of "reality," and cannot indicate so to its creator. Thus, a model can be a representation of a simplified reality or it can represent a completely artificial reality.

At the beginning of von Neumann's book, he goes through several disclaimers which are highly problematic towards the relevance of his theory, one of them being the acknowledgement that "there exists, at present, no satisfactory treatment of the question of rational behavior. There may, for example, exist several ways by which to reach the optimum position; they may depend upon the knowledge and understanding which the individual has and upon the paths of action open to them, because they imply, as must be evident, quantitative relationships."

As becomes rapidly evident, von Neumann makes endless assertions such as these, as if they were obvious and thus need not be examined at all. The assumption that an under-defined "rational" selfish behaviour is merely quantifiable and nothing more, and does not account for qualitative change (a mathematician's worst nightmare), is taking great liberty in over-simplifying human behaviour to conveniently fit the limited parameters of his model. In other words, it is cheating. You are manipulating the definitions and interactions of your variables to fit an artificial reality of your model.

Let me give you an example.

In Euclid's fifth postulate, it is considered a "rule" that two parallel lines will never intersect. Euclid was alive around the time of the mid-4th century BCE, before Eratosthenes (276-194 BCE) made his beautifully elegant discovery that the Earth was indeed curved and also made a pretty accurate first measurement of the size of Earth.

Related Topic(s): Game Theory, Add Tags
Add to My Group(s)
Go To Commenting
The views expressed herein are the sole responsibility of the author and do not necessarily reflect those of this website or its editors.