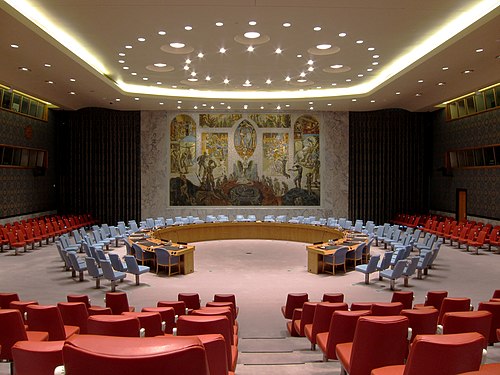 "President-elect Joe Biden has promised to rejoin the Iran nuclear deal," writes Tom O'Connor at Newsweek. "But a return is set to face challenges on both sides as they attempt to rebuild trust in a radically different environment than five years ago."

Those challenges? "For one, Iranian officials see no room for renegotiation of the Joint Comprehensive Plan of Action (JCPOA)," notes O'Connor (JCPOA is the formal name of the "Iran nuclear deal").

For another, Biden has conditioned his promise on Iran first returning to its own duties under the deal, commitments it abandoned after the US president Donald Trump abrogated the agreement and pressured US allies to start ignoring their obligations too.

Even assuming fault on both sides for the deal's collapse -- and that's a false assumption -- Biden's current approach is a recipe for beginning his presidency with failure to deliver on a major campaign promise.

There's a big foreign policy win available here, if Biden is willing to claim it. And in doing so he would enjoy the support not only of the law, but of more than 90% of the US Senate.

In support of Trump's supposed withdrawal from the deal, critics cite a 2015 State Department letter asserting that "The Joint Comprehensive Plan of Action (JCPOA) is not a treaty or an executive agreement, and is not a signed document."

And that the United Nations Security Council codified the "nuclear deal" as Resolution 2231 on July 20, 2015.

As a duly ratified treaty, per Article VI of the US Constitution, the UN Charter is part of "the Supreme Law of the Land."

Per that treaty, UN Security Council Resolutions are binding on all UN member states.

QED, the JCPOA is US law and will remain so until and unless the Security Council repeals Resolution 2231, or the United States withdraws from the United Nations.

On his first day in office -- preferably in his inauguration speech -- Biden should announce that the United States will immediately resume meeting its obligations under the JCPOA. No pre-conditions. No negotiations. No dodges. It's the law, and the Biden administration will abide by it, full stop.

He should also announce that if Iran's government doesn't do likewise within 90 days, the US will invoke the deal's dispute resolution process, which includes a "snap back" clause potentially leading to the re-imposition of sanctions.

The JCPOA isn't just a good idea, it's the law. Biden should follow it, celebrate a win, then work toward even bigger wins such as mutual diplomatic recognition, free trade, and peace between the US and Iran after four decades of de facto war.

Related Topic(s): Foreign Policy Failure Iran; Jcpoa; President Joe Biden, Add Tags
Add to My Group(s)
Go To Commenting
The views expressed herein are the sole responsibility of the author and do not necessarily reflect those of this website or its editors.