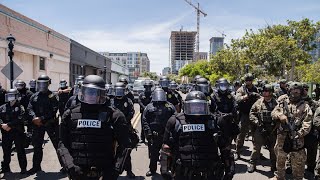 Americans are so brainwashed that even some of my readers cannot believe that police violence affects more white people than black people. The majority of victims are white; but disproportionately (blacks are a smaller percent of the population) they are black. In turn, this disproportion can be explained by the fact that according to US Department of Justice statistics, blacks commit a disproportion of homicides. Being only 13% of the population, blacks commit 52% of murders. Consequently, police regard confrontations with blacks as being more dangerous to police, and this affects police behavior.

As I have explained, Americans are unaware of the facts for these reasons:

(1) The presstitutes do not report (except locally) police violence against white people, because it does not fit the white racism explanation.

(2) Unlike blacks, white people do not protest. Whites have not been educated to regard violence against themselves as racism or as something specifically to do with being white. Moreover, there is no national reporting or days of national news coverage of police violence used against whites, so no one, white or black, is aware of the extent of police violence against white people. Therefore, white people tend to give the police the benefit of the doubt. White complaints are also restrained by the fear that coming down too hard on police will make the police more hesitant and less effective in law enforcement.

Related Topic(s): Police; Race; Race Caucasian- White; Racial Discrimination; Violence, Add Tags
Add to My Group(s)
Go To Commenting
The views expressed herein are the sole responsibility of the author and do not necessarily reflect those of this website or its editors.