Crpss-posted from The Guardian
Warrantless wiretaps intimidate several organizations and cast a chill over lawyers, journalists and human rights researchers 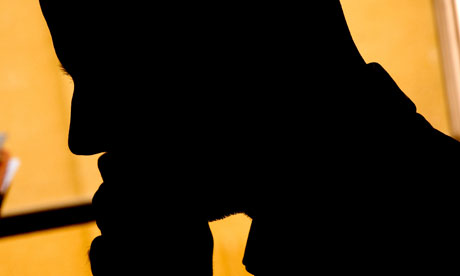 Are you, a US citizen, calling cousin Ivor in Budapest, or reaching out to your old pen pal Yasmeen in Sydney? The National Security Agency (NSA) can listen in on your personal cellphone or read what you might be emailing him or her from your personal computer without telling you.

In 2008, the US Senate voted to let the NSA wiretap any US citizen's emails and phone calls internationally in the interest of national security so long as the government's purpose was to collect "foreign intelligence information." In 45 minutes, the American Civil Liberties Union (ACLU) brought a constitutional challenge  to the Foreign Intelligence Surveillance Act (FISA). As the Director of the ACLU's Center for Democracy, Jameel Jaffer, pointed out, the Act's amendments:

"...gave the NSA unprecedented power to monitor the international communications of people living in the United States -- to listen to their phone calls, and to read their emails. 'We are targeting our own country,' one NSA whistleblower observed."

Though some in Congress argued that citizens were safe from having their communications intercepted "unless you have al-Qaida on speed-dial," dragnet surveillance of people with nothing at all to do with terrorism began at once. As Marty Lederman, at that time a law professor, noted:

The Feds can listen in to you now, "whenever government deems it necessary for foreign intelligence reasons" Jaffer explained to me. The vagueness of a phrase such as "material support," and the chilling effect resulting from that vagueness, was at the heart of the successful National Defense Authorization Act (NDAA) group challenge.

These FISA amendments lose their authority in December, and the re-authorization battle will unfold in the context of a new high profile lawsuit's activities. This lawsuit is taking shape much like the one aforementioned that was won last month by a group of reporters and activists such as Noam Chomsky and Chris Hedges. The ACLU group's lawsuit includes several journalists and organizations including Naomi Klein, Chris Hedges, Human Rights Watch, the Global Fund for Women, the Pen American Center and the Nation Magazine.

These citizens argue that they have changed their approach to work out of fear of incarceration for "material support" for terrorism if the NDAA was used against them. The ACLU group argues fear of NSA surveillance is hampering the abilities of these people to report the news, gain testimony from witnesses and represent victims of human rights abuses.

Is it "necessary for foreign intelligence reasons" for NSA agents to spy on a Human Rights Watch lawyer talking to a woman service member about having been abused by a US contractor? Is it reasonable under those terms to spy on a lawyer for a Guantanamo detainee seeking to have a confidential discussion to build his defense against a bogus US charge (a transcript that then gives the US lawyers at Gitmo yet another advantage unavailable to opposing counsel in real due process situations)? Can the US government agents record non-fiction writer Naomi Klein's phone calls to fellow activist journalists in the UK, or to UK government sources who would want to leak a potential story to her? Maybe one involving US wrongdoing?

Under these terms -- sure thing, not a problem. (I should note, as always, that when governments eavesdrop on reporters and activists for "national security" they also secure leverage for all kinds of other harassment -- even blackmail or entrapment on other issues -- Eliot Spitzer-style -- since private relationships and conversations are swept up as well.) These groups all depend on access to confidential communications with their clients, as well as with witnesses to human rights abuses and other sources.

The ACLU says the FBI and NSA are currently abusing the warrantless dragnet surveillance. When the organization filed a Freedom of Information Act request to see how it was actually being used, the FBI sent them some heavily redacted pages and explained that they could not yield more information about the surveillance since the business of turning in information on citizens' communications risk economic harm if their snitching were common knowledge. The ACLU wrote:

"The government doesn't want you to know whether your internet or phone company is cooperating with its dragnet surveillance program because you might get upset and file lawsuits asserting your constitutional rights."

In the government's response to the lawsuit, you see the incredibly Alice-in-Wonderland-like nature of logic on the far side of the slide to totalitarian institution-building in America. Just as the government classified the techniques its agents had used to torture Gitmo inmates -- and then threatened lawyers for prisoners with prosecution if they brought up the torture on the grounds they would be revealing classified information -- so are Obama's lawyers asserting that the litigants have no status to be plaintiffs since they were monitored in secret -- essentially, they can't prove that they were monitored!

I am not making this up: the government's position is that the ACLU's clients lack standing because:

"...they can't prove that their communications were (or will be) monitored under it."

Right, because there are no warrants presented to subjects, which the fourth amendment requires, to prove that wiretapping is taking place. Because it is secret. Which is what the lawsuit challenges. And so on. Jaffer rightly calls that a cynical argument.

Indeed, if you follow this line of argument, any lawsuit from any citizen involving secrecy could be thrown out for lack of proof if the secrecy obscuring the harm done to that citizen is sufficiently intact. We may be seeing a trend, or some sunlight, in the judiciary. Just as Judge Katharine Forrest stayed the NDAA recently because the Chomsky group proved harm, so are the ACLU team getting some traction. Jaffer's team has won one point already; with the backing of a three-judge panel on the US Court of Appeals for the Second Circuit, the ACLU case has been allowed to go through in a blow to the Obama Administration's challenge.

Author, social critic, and political activist Naomi Wolf raises awareness of the pervasive inequities that exist in society and politics. She encourages people to take charge of their lives, voice their concerns and enact change. Wolf's landmark (more...)
Related Topic(s): ACLU; FOIA; Government Accountability; Government Corruption; Government Crime; Lawsuits; US Govt Surveillance-Wiretapping Intl; Wiretaps, Add Tags
Add to My Group(s)
Go To Commenting
The views expressed herein are the sole responsibility of the author and do not necessarily reflect those of this website or its editors.