This article cross-posted from The Capitol Times 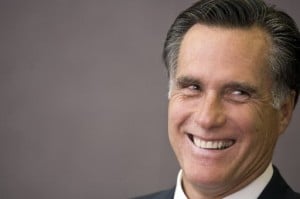 They also decided to take on the corrupt campaign system that is steering the republic toward catastrophe.

And they have done so in a voice loud enough to be heard all the way to Washington.

By Thursday morning, 64 towns had moved to amend the U.S. Constitution to overturn the Supreme Court's Citizens United ruling -- as well as the false construct that says, in the words of Mitt Romney, "Corporations are people, my friend."

"The resounding results will send a strong message that corporations and billionaires should not be allowed to buy candidates and elections with unlimited, undisclosed spending on political campaigns," declared U.S. Sen. Bernie Sanders, I-Vt.

Vermonters are not the first Americans to move to amend. Referendums have already passed in Madison and Dane County. Cities across the country, including Los Angeles, have urged Congress to begin the amendment process. State legislatures in Hawaii and New Mexico have too. (State Reps. Mark Pocan and Chris Taylor are proposing that Wisconsin join the call.)

But what has happened in Vermont is remarkable. Town meetings endorsed what once seemed a radical response.

It is not just liberals who are saying corporations are not people.

"Support for the resolution cut across party lines. Six towns in Republican districts and 13 cities and towns that have sent both Democrats and Republicans to the state legislature voted for the resolution by wide margins," says Aquene Freechild of Public Citizen's Democracy Is for People Campaign. "This bipartisan opposition to the Citizens United ruling mirrors several nationwide polls on the issue."

The Democracy Is for People Campaign played a critical role in organizing the Vermont uprising as part of the "Vermonters Say Corporations Are Not People" coalition, which includes Move to Amend, Common Cause and the Women's International League for Peace and Freedom.

Inspired by the success of the Vermont initiative, the Democracy Is for People Campaign is now launching the Resolutions Week project, which will encourage communities across the country to follow Vermont's lead. The goal is to get as many local pro-amendment resolutions as possible passed in the second week of June. "Already," organizers say, "more than 500 Public Citizen activists in 300 cities and towns have signed up to help pass resolutions in their towns."

Public Citizen is coordinating the Resolutions Week campaign with national groups, such as the Communications Workers of America, U.S. PIRG, the Main Street Alliance, the Move to Amend coalition and People for the American Way, as well as state-based partners.

And they have a partner in the Senate.

Vermont's Sanders is ramping up his advocacy for the Saving American Democracy Amendment, which he proposed last December. It would restore the power of Congress and state lawmakers to enact campaign spending limits like laws that were in place for a century before the controversial court ruling.

Related Topic(s): Billionaires; Democracy; Message; People; Vermont, Add Tags
Add to My Group(s)
Go To Commenting
The views expressed herein are the sole responsibility of the author and do not necessarily reflect those of this website or its editors.