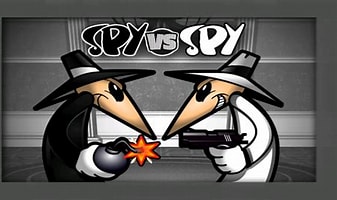 The following commentary on the process of investigation was first printed as a comment on a story that I was not permitted to publish here, because I mentioned a certain person whose name apparently trips an algorithm. The program demanded that I "correct my story," but there was no good way to do that.

However, the comments on that story, once I had published it elsewhere, were so illuminating that I was quite elated to be among a whole bevy of people with legitimate additions to a discussion about conspiracies and conspiracy theories. Somebody mentioned JFK, and because I was once tangentially (and unexpectedly) involved in that conspiracy (not in the theories), I thought it might be interesting to some of you to trace my development as an investigator (Gawd you should have known Richard Hayes Phillips!), and some of the things I have learned about investigation, the necessity to do it, and the obstacles in the way.

The most plausible claim regarding JFK's assassination is E. Howard Hunt's deathbed confession that he was "on the bench" for that hit, and said the late hitman Frank Sturgis was the shooter on the ground (though Oswald apparently scored one hit, but on Governor Connally). Both those men were, essentially, triple agents, with ties not only to the CIA but to the Cuban exile community/movement, and La Cosa Nostra.

37 years ago, my former investigative partner and I obtained an unedited copy of the Abraham Zapruder film. Only he could tell you who our source was, in Queens, NY, and he is not talking to me.

Over several years of my living way in the backwoods, the film was deteriorated and destroyed by harsh Oklahoma weather conditions, but we watched it enough, comparing it to the publicly available film, to understand completely where the head shot came from. Sometimes even if you DO know what you've got, you are just not in position to use it effectively.

In 2000, I published my History MA thesis, which was the first published academic work on the Oklahoma City Bombing. I was right, of course: the NeoNazis at Elohim City, a White Supremacist compound on the Oklahoma-Arkansas border, with connections to similar organizations in Germany, had helped Timothy McVeigh and Terry Nichols as they prepared for, and McVeigh executed, the blast.

Even more helpful was the act of cowardice committed by the FBI, which had all the evidence they needed of Elohim City's intentions to make the frontal armed attack on the compound, which was heavily armed, that it aborted in March of 1995, the month before the bombing.

Yes, the Feds probably would have taken significant casualties. But there would never have been a Murrah Bombing, and those who gave their lives in the assault would be immortal American heroes.

The Judge at McVeigh's trial (his name was Matsch) suppressed all the evidence given by the BATF/FBI infiltrating informant, one Carol Howe, because he said she had become the girlfriend of one of the leaders, former Oklahoma KKK Grand Dragon Dennis Mahon. In 2012, Mahon was convicted (his twin brother was acquitted) of sending a letter bomb and injuring two people in Scottsdale, including the city's Black diversity director, sentenced to 40 years in prison without good time off, and at 69 now, will probably spend the rest of his life in prison.

Related Topic(s): Conspiracy Theories; JFK Assassination; Oklahoma City Bombing; Standing Rock Water Defenders; Veterans At Standing Rock, Add Tags
Add to My Group(s)
Go To Commenting
The views expressed herein are the sole responsibility of the author and do not necessarily reflect those of this website or its editors.