" Dreadfully tough week at work... I will be breath easy when the holidays are over.  Everyone struggles so much this time of year."   - Psychiatrist at a public clinic 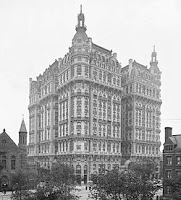 All I can say about this is that I'm glad I'm not the only one. For all my positive thinking, there just come days when it doesn't work. Days where the math doesn't work. How is it that the most successful country in the world can have the highest number of unemployed people in its history and a housing crisis that creates a homeless crisis? How is it that we have yet to put a banker in jail over what was arguably the biggest bank robbery in history? And how is it that we are woefully inept at even treating the symptoms of what has become a gross inequality (1% vs 99%). And how again is it that I find myself at the crux of these issues when a great deal of people are doing just fine? That is where my life with OWS, as opposed to government programs, takes shape. That is where I feel that illuminating my personal story can have some positive effect. That is where I feel sometimes that just writing things down can be a way to begin solving them.

A Story With No Ending?

Nothing will depress you more than being compared to or described as or referred to another person who is in your same predicament. Whatever the term homeless may mean, even in a contemporary sense where people loose the ability to pay the rent without even acquiring a drug habit, you can never be as sensational as those who have attained some celebrity for their plight in homelessness. And so in that sense there is little motivation to try to rise from the existence the same way they did - because no one wants to be homeless long enough to write a book about it.

But what if someone is just one f*ck of a writer and homeless as well? Lee Stringer and Brianna Karp are the two writers who have come to my attention recently because both started out as homeless - or rather, both started out as f*cked-up, then became homeless, then became literary celebrities because they were able to write their way out of  their predicaments. It is said that one cannot always choose their path to success in life - sometimes it chooses you.

Grand Central Winters is Lee Stringer's account of being a crack head and an alcoholic who lived in the tunnels beneath Grand Central Station in New York. He eventually was able to work with Kurt Vonnegut and received the Lannan Foundation residency fellowship in 2005, one of the richest of all literary prizes.

Brianna Karp penned The Girl's Guide to Homelessness whilst living in a mobile home parked in a WalMart parking lot which was selected as one of the best books of 2011 in the memoir category by the Library Journal.

Is it possible that anything I write will be as notable as these two books? I don't know but I'm about to find out. This blog was originally suggested to me by friend, Susan Ames  as a way of dealing with the obvious trauma I was about to go through. "You've got to write about this", she said in relation to my about-to-be homelessness. And she was right. I don't know how I would have gotten this far without this constant companion to listen to my bullshit and pass it out to the masses. But will it make a compelling novel? That's hard to say. I always think I should have a pre-scripted Hollywood happy ending where the main character conquers adversity and ends up somehow better for it. But those decisions are made by God and life and Hollywood scriptwriting has little or nothing to do with it. And should Matt Damon or Kevin Bacon play me in the screen version? Seems to be jumping the gun a bit, doesn't it?

This week I will be working on the memoir version of A Homeless Blogger In NYC. It will be a combination of collected posts along with a narrated storyline, but no, I don't have an ending for it yet but I'm working on that. I still like the happy option.

What my psychiatrist friend said at the beginning of this post pretty much sums up the week for me. Last week, I got $135, one hundred from a friend and $35 from converting food stamps to cash. "I don't know how you do it", the friend said to me. But I know how - and that's a sad comment all unto itself. People who are not working tend to panhandle for money. I've heard reports of between $100 to $200 a day. One woman told me she had found the perfect sign for donations. "Homeless, 8 weeks pregnant, hungry", she said - "and people just throw money". You won't get that working at McDonald's in a day, or Starbucks. But of course she's not pregnant, but said she was once, and had a miscarriage. And so the problem perpetuates itself. Who wants to take a minimum wage job when they can do better on the street - especially women? But I have no interest in panhandling. That's a full-time job that's not going to get me anywhere. There must be another way.

You can get from 86th St. to the Apple store at 67th on Broadway in 3 coffees. I make one from Starbucks Via in the morning with hot tap water. That gets me out of the building and off to the first open Starbucks for a refill. If you saved your cup from the previous day, refills are free on your Sbux card (after you've paid for an 18 wheeled tanker of coffee) - and you can refuel at any Starbucks, so cup #2 will get you the nineteen blocks to the one near Apple, where you can get cup #3. For the rest of the day I will work at Apple for free and drink free coffees. That's part of how one 'does it'. Food however, still costs money.

But another way to save money is at the movies and any proper week between Christmas and New Years involves at least one movie. In the morning, you can see a film at Loews for $6 - and then stay for a second show. Arguably, you could stay all day if you just brought different hats. Yesterday I saw The Descendants and Incredibly Close & Extremely Loud.  Both are small films with big actors that score very high on script, direction and acting. George Clooney is less a leading man and more the glue between a lovely mismatched bunch of characters in Descendants. He plays a sympathetic trust fund baby lawyer who has lost his wife to an irreconcilable coma and finds out while she is asleep that she was cheating on him. It's a little corner of a complicated modern life. I have one too, but it's different.

David is a marketing consultant and writer living in New York. He formed Korea's first 100% foreign invested advertising agency in 1997 and spent 16 years in Asia and Europe as an international entrepreneur and writer and has written for Technorati (more...)
Related Topic(s): Happy Holidays; Media New York Times; New World Order; Newark; Occupy; Occupy Movement; Occupy Usa; Occupy Wall Street; Occupy Wall Street OWS, Add Tags
Add to My Group(s)
Go To Commenting
The views expressed herein are the sole responsibility of the author and do not necessarily reflect those of this website or its editors.