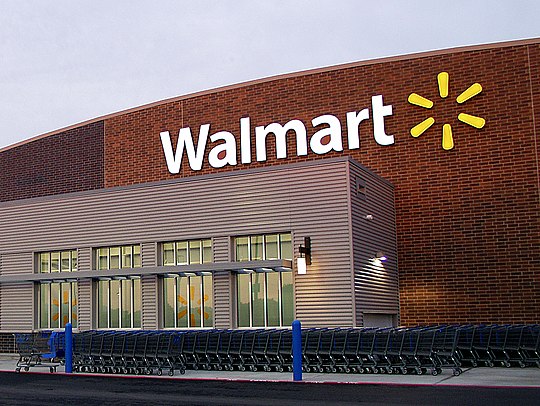 Walmart store exterior 5266815680.
(Image by (From Wikimedia) Walmart Corporate from Bentonville, USA, Author: Walmart Corporate from Bentonville, USA)   Details   Source   DMCA
Doug McMillon, Walmart’s CEO said the company would stop selling ammunition used for handguns and military-style weapons, completely end the sale of handguns and discourage anyone from carrying weapons in his stores (even in “open carry” states). In a series of letters to congressional leaders and Pres. Trump, Mr. McMillon called for a debate about reauthorizing the assault-weapons ban and to finance research on gun violence. Mr. McMillon’s move could prove to be a watershed.  He has chosen not sell certain products even though they are legal. His decision to engage in a meaningful conversation about responsible gun sales could give license to other business leaders to enter the conversation -- for instance, the CEO of Visa, whose network has been used repeatedly to carry out mass murders, and has ducked any attempt to even discuss what his company could do to help.
Read the rest of the story HERE: