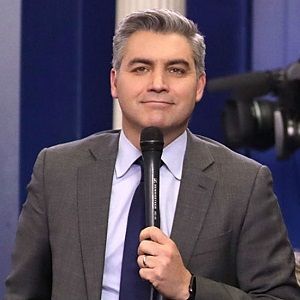 Jim Acosta
(Image by marriedbiography.com)   Details   DMCA
President Donald Trump's ongoing feud with CNN journalist Jim Acosta boiled over on Wednesday, with Trump calling Acosta "a rude, terrible person" as Acosta tried to ask the president a question. When the president tried to go to another journalist, Acosta declined to give up the microphone and asked about possible indictments by special counsel Robert Mueller based on the ongoing investigation into Trump's presidential campaign. "CNN should be ashamed of itself having you working for them," Trump said. "You are a rude, terrible person. You shouldn't be working for CNN."
Read the rest of the story HERE: