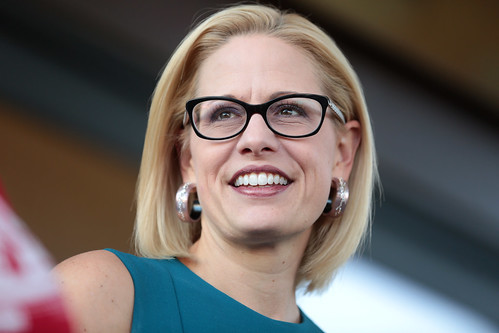 Rep. Kyrsten Sinema (D) widened her lead over Rep. Martha McSally (R) in the heated Arizona Senate race after a new round of ballots were tallied in the Democrat's favor late Friday.  Sinema more than doubled her lead over McSally with Friday evening's latest tranche of results. The Democrat now leads her GOP challenger by 20,203 votes.