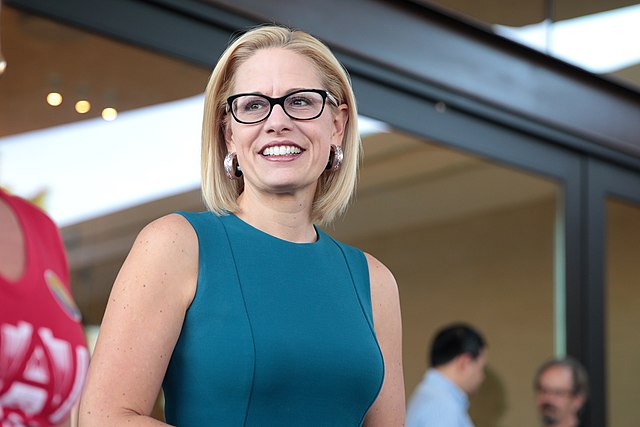 Martha McSally (R) led in AZ's Senate race the early counting, but Kyrsten Sinema (D) took the lead Thursday and hasn't looked back. As of Sunday Sinema’s lead was 32,640, for a 49.6 % to 48.1 % lead.  Trump and the National Republican Senatorial Commission alike are suggesting that there’s something shady and underhanded about counting every vote. Two former aides to the late Sen. John McCain called out the Republican efforts to undermine democracy. Mark Salter, McCain’s longtime speechwriter and co-author, responded to the NRSC’s accusation that Democrats are “cook[ing] the books” for Sinema with a tweet saying “Stop doing this, NRSC. McSally is losing fair and square, and she’s underperforming in more than Maricopa. The race is almost certainly lost and nothing will change that. All this does is poison our politics more. Despicable.”