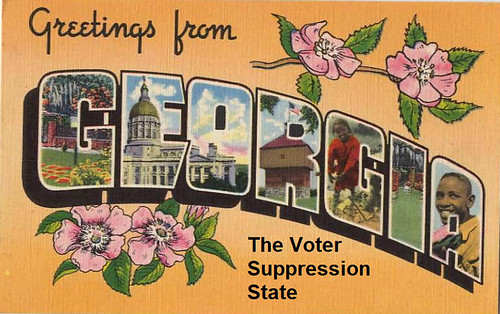 Hundreds of thousands of voters in GA are at risk of “an unfortunate history” repeating itself and becoming “severely burdened and potentially disenfranchised in the March 2020 primary election,” according to a federal lawsuit filed by voting rights advocates.

The lawsuit alleges that more than 500,000 voters in Gwinnett County, GA, are at risk of being disenfranchised from the upcoming presidential primary election because of a budgetary decision made by county officials earlier this year. The lawsuit claims that the Gwinnett County Board of Commissioners “has already admitted that it has the money to open the locations“ but is “arbitrarily placing money for satellite locations in a contingency fund” when it underwent the county’s budget process.