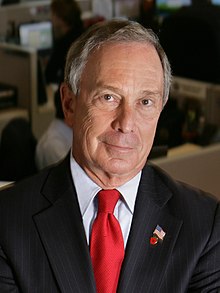 Bloomberg has spent $31 million on fB and Instagram ads since 1/1 and has averaged $1 million per day in fB ad spending over the last two weeks. He also spent $10 million during the Super Bowl and more than $350 million total on advertising, according to CNN.

The paid memes quickly became a point of mockery on social media. Some Twitter users posted parody memes, taking aim at his racist policing policies during his time as mayor and his unbridled ad spending in the Democratic primary.

The Fat Jew, a popular Instagram account with 11 million followers that has also come under fire for stealing memes, said he was also asked to participate but refused.

“They asked me to do it, I said no. I grew up n NYC so I can tell you firsthand, Bloomberg is a colossal sh*tbag. From the subjugation of minorities through stop and frisk policies to his hardline anti-marijuana stance.”