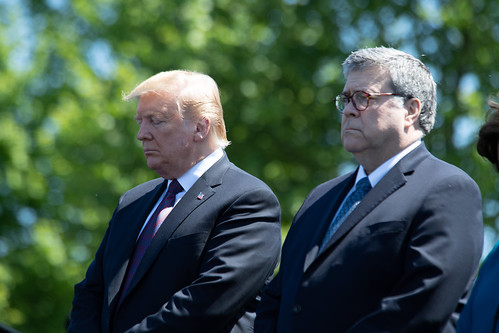 “It’s important not to make the same mistake twice; some people underestimated Barr’s ruthless partisanship before. No one should do that again. Like Trump, Barr is capable of doing anything he can get away with— and that includes interfering in the 2020 election, if we let him, warned Walter Shaub, the former head of the U.S. Office of Government Ethics, calling AG Barr a “threat to democracy!” The “most terrifying thing” was the separate investigation that he’d promised to conclude in the spring which would see Barr “try to interfere in the American election” when “he’s going to bring out a cooked investigation to try to advance Donald Trump’s political interests.” Exactly.

Other Series: View All 329 Articles in "UTTER CONTEMPT"