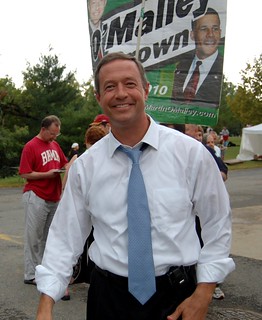 A shy man Martin O'Malley is not. While in Iowa he made it clear: The inevitability of Hillary Clinton being the lone wolf candidate in the Democratic presidential primary is problematic.

O'Malley is not alone in his assessment; progressives are aggravated at the prospect of Hillary Clinton being the only formidable candidate to compete against a robust Republican primary and eventual presidential election. Progressives, in a state of irk, assume their ideas on economics and foreign policy will certainly be obsolete from Clinton's playbook -- her comfortably with Wall Street is especially unattractive to progressives.

Additional baggage: Republicans without a doubt can be counted on to resurrect Benghazi, "What difference does it make?" and emailgate, "I did it for convenience." Absolutely the GOP will invest all resources disclosing on the loud speak her close ties with foreign leaders and Presidents that bear witness to human rights atrocities.

Republicans will not avert from the opportunity that Clinton's moral canvass dwells in contradiction, in connection to donations made to The Clinton Foundation. This will force liberals to be in constant defense of her -- something many Democrats (ahem progressives) would prefer they not have to deal with. Hence the Elizabeth Warren campaign obsession.

Politicians are vulnerable to foibles. It's hard to distract from inconsistencies when there's only one candidate. Least we not forget Clinton's 'Hard Choices,' book tour that was merciless with follies. Leaving Democrats to be in defense of, "We were dead broke," and Republicans like Sen. Rand Paul were happy to jump back on the bandwagon of Bill Clinton affair after Monika Lewinsky released Shame and Survival in Vanity Fair magazine, and will excitedly do so again and again and again.

This is not to dismiss Hillary Clinton as a candidate. Certainly she has the knowledge of policy and experience, but her posture to political theater can be weak. She's no Barack Obama, a Renaissance. Nor is she a spitfire like Senator Elizabeth Warren. That's not to allude she is does not have a good personality or is not passionate about service to her country. The 'Ready for Hillary' Pac is testament to this. And her "Getting Started" 2016 Presidential campaign video is an improvement, leading with middle class America.

Progressives are far to obsessed with Elizabeth Warren, who has repeatedly stated she is not running. But Martin O'Malley announced he's considering running for president. Heck Democratic Jim Web launched an exploratory committee. Both candidates are formidable; but Democrats are too busy being obsessed with women. Progressives want Warren but she's just not that into them, and Clinton is the spouse that loves the Democrats entirely and wholeheartedly, but struggles to satisfy the far-left base. How did this come to be? Aren't Democrats supposed to be open-minded, diverse, accepting?

Knowing of this, I do not fault O'Malley for criticizing the inevitability of Hillary Clinton. He's like the middle child of the family desperate for attention. Like Clinton he has years of experience. Like Warren his application to progressive policies and ideals is solid. O'Malley's record while governor in Maryland is consistent with the tenants of liberalism. Jim Webb served as a United States Senator from Virginia, was a Marine Corps officer, including, being Secretary of the Navy, Assistant Secretary of Defense, and a congressional staffer.

O'Malley and Webb are both bona fide candidates for liberals to take a look at (but not limited too), but the airwaves about them are dim. I ask liberals, what must the men do to get your attention, become women?

Related Topic(s): 2016 Presidential Election; Democrats; Hillary Clinton; Jim Webb; Liberals; Martin Omalley; Senator Elizabeth Warren, Add Tags
Add to My Group(s)
Go To Commenting
The views expressed herein are the sole responsibility of the author and do not necessarily reflect those of this website or its editors.