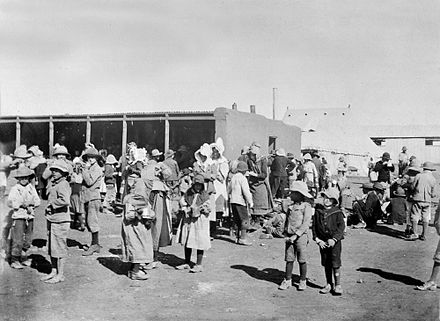 "The United States is running concentration camps on our southern border," US Representative Alexandria Ocasio-Cortez pointed out in an Instagram video on June 18.

There's really only one place to begin analyzing this kerfuffle: Yes, the detention facilities in which the US government forcibly holds large numbers of immigrants are concentration camps.

Yes, most Americans in this day and age associate the term with the Holocaust -- and AOC certainly encouraged the comparison.

But words mean things and inflammatory comparisons from either side don't change the meaning of the term "concentration camp." It dates from 1897 (for camps operated by the British during the Boer War in South Africa), and the practice it describes is far older than that. In America, concentration camps date to at least as early as the 1830s, when US troops rounded up Cherokee natives and confined them in such camps before forcing them west along the Trail of Tears.

If you're rounding up large numbers of people and concentrating them in camps, you're operating concentration camps. Period.

They're concentration camps whether the involuntary residents are Cherokee, Boers, Jews, or immigrants.

"If that makes you uncomfortable," AOC suggests, "fight the camps -- not the nomenclature."

To which I must add: If accurate nomenclature makes you so uncomfortable that you feel compelled to protest its use, there's probably a reason.

I wasn't surprised to see US Representative Liz Cheney (R-WY) leading the "using an accurate term is an insult" pack. After all, it was her father, former vice-president Dick Cheney, who insisted that accurately referring to torture practices which the US hanged Japanese generals for authorizing during World War as what they are -- torture techniques -- rather than as "enhanced interrogation" when Americans use them "is to libel the professionals who have saved American lives." There's one apple who didn't fall far from the tree.

Is it really too much to ask of those who support the use of torture and concentration camps that they own their positions and openly argue their side instead of expecting the rest of us to use softer, more cuddly words, so they can avoid the discussion? In modern American politics, the answer seems to be a resounding "yes."

Related Topic(s): Alexandria Ocasio-cortez; Concentration Camp, Add Tags
Add to My Group(s)
Go To Commenting
The views expressed herein are the sole responsibility of the author and do not necessarily reflect those of this website or its editors.