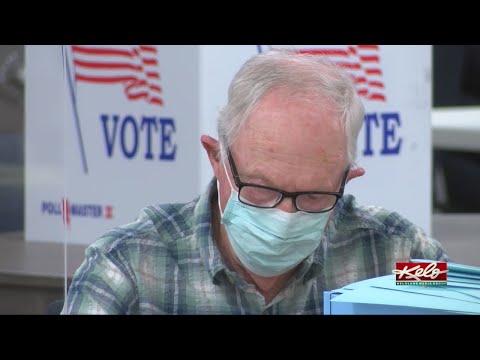 Unless election protection activists rise up, primary election disasters in Wisconsin, Ohio, and Georgia could signal the death of American democracy this fall.

In all three states, gerrymandered Republican legislatures successfully sabotaged attempts to stage free and fair elections. They specifically targeted communities of color with mass disenfranchisement and degrading mistreatment at the polls.

In Wisconsin, attempts to deal with the coronavirus with Vote by Mail and reasonable postponements were aggressively assaulted by legislative fiat and partisan court decisions.

Recognizing the danger of having large numbers of people vote in person, in long lines and crowded conditions, Wisconsin's Democratic governor, Tony Evers, moved the state's planned primary back to June. Plans were in place to make sure the state's Vote by Mail systems would function properly, that there was plenty of time to get ballots out to voters and back to the election boards, and that there were sufficient polling stations with enough personnel to handle problems that needed to be solved in person without backups and machine failures.

Instead, the legislature trashed Evers's attempts. For no apparent legitimate reason, it forced the election to take place on April 7, long before the state could be fully prepared for it. It imposed deadlines that could not be met. Republican-dominated state courts and the US Supreme Court mostly supported the rushed deadlines, with catastrophic results.

In other words, the GOP-controlled legislature did everything it could to subvert the election and make it difficult for people of color to vote -- or to have their votes counted. And they apparently succeeded.

But tens of thousands of brave badgers braved rain and multi-hour lines to cast their ballots. Most were exposed to the coronavirus, many took sick, and some apparently died.

The result was a shocking defeat for an incumbent Trump-supported state Supreme Court Justice who lost his seat by more than 160,000 votes.

The tactics in Ohio were similar, but the outcome was not.

Twelve hours prior to Ohio's March 17 primary, the state Health Director, Amy Acton, canceled the election in an attempt to prevent the spread of the coronavirus. Acton, who is Jewish, worked to keep the state shut and enforce quarantining at home. She was subjected to widespread antisemitic attacks. A swastika was painted on the statehouse.

Nonetheless, Ohio's Republican governor, Mike DeWine, stood by the quarantine. Republican secretary of state Frank LaRose reset Election Day for Tuesday, June 2, with a focus on mail-in voting. Every eligible voter in the state would get a mail-in ballot request form to receive a ballot if needed.

Related Topic(s): Democracy; Election Fraud; Election Tampering; Election- Ballot Access; Election-Voting Issues; Elections And Campaigns; Georgia Election; Ohio Election Corruption; Voting, Add Tags
Add to My Group(s)
Go To Commenting
The views expressed herein are the sole responsibility of the author and do not necessarily reflect those of this website or its editors.