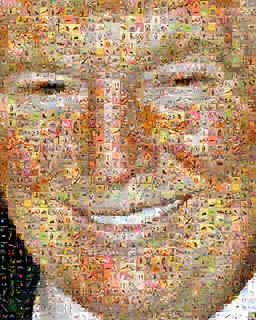 When "Jeb!" Bush started campaigning for president, people starting asking, "Wait, was W the smart one?" Now the rest of the Republican candidates are causing people to ask, "Wait, is Trump the reasonable one?"

Wednesday night we will all get a chance to see the next round of the freak show. Who would have thought that Donald "Mexicans are rapists" Trump would stand out in the Republican field as the rational one? But consider this:

-- Running second to Trump, Ben Carson wants to cut taxes on billionaires all the way to 10 percent, while requiring the poor to pay more. Along with the other Republican candidates, he denies the science behind climate change. Carson is the candidate who said, "Obamacare is really I think the worst thing that has happened in this nation since slavery. And it is in a way, it is slavery in a way..." He also proposes letting tax-dodging corporations hoarding more than $2 trillion outside of U.S. out of paying most of the up-to-$700-plus billion they owe.

-- The Jeb Bush tax plan gives a (another) huge ($3.4 trillion) tax cut to billionaires and corporations.

-- John Kasich closed half of Ohio's womens' health clinics, forced Ohio women to get ultrasounds before an abortion, forced Ohio rape counseling centers to not mention abortion and demands that Congress defund Planned Parenthood, saying this is all a "Christian moral imperative."

-- Ted "Shut Down the Government" Cruz wants to shut down the government again over funding for Planned Parenthood. So does Bobby Jindal. So does Carly Fiorina.

-- Even worse, Mike Huckabee would put the U.S. into default over the debt ceiling to defund Planned Parenthood. He would also give "due process" rights to fetuses.

This could go on and on -- you get the idea: These people are nuts. In this crowd, Donald "Laziness Is a Trait in Blacks" Trump stands out as the reasonable one. Consider this:

-- Trump says CEO pay is too high, even "disgraceful," and his Republican voters love it.

-- Trump says he was "strongly" against the Iraq war, and his Republican voters love it.

-- Trump says cutting Social Security would not be fair to people who need it, and his Republican voters love it.

-- Trump calls for raising taxes on hedge-fund managers, and his Republican voters love it.

-- Trump is not blindly pro-"free trade" and has come out against the Trans-Pacific Partnership (TPP), and his Republican voters love it.

Related Topic(s): Debate; Donald Trump; Issues; Politicians; Republican, Add Tags
Add to My Group(s)
Go To Commenting
The views expressed herein are the sole responsibility of the author and do not necessarily reflect those of this website or its editors.