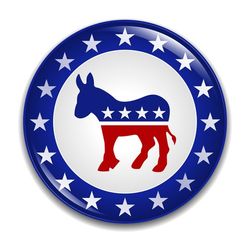 The shake-up at the Democratic National Committee after an embarrassing breach of its email system continued Tuesday with the departure of three senior officials.

But purging the DNC of top officials won't remedy the DNC's problems. Those problems aren't attributable to individuals who didn't do their jobs. To the contrary, those individuals probably fulfilled their responsibilities exactly as those jobs were intended to be done.

The DNC's problems are structural.

As long as this is its de facto mission, the DNC won't ever be kindly disposed to a campaign financed by small donations -- Bernie's, or any others. Nor will it support campaign finance reform. Nor will it be an institutional voice for average working people and the poor. It won't want to eliminate superdelegates or support open primaries because these reforms would make Democratic candidates vulnerable to non-corporate interests.

What's needed is structural reform. The DNC has to turn itself -- and the Democratic Party -- into a grass-roots membership organization, with local and state chapters that play a meaningful role in selecting and supporting candidates.

And it has to take a lead in seeking public financing of campaigns, full disclosure of all donations, and ending the revolving door between government and the lobbying-industrial-financial complex.

Unfortunately, I doubt this will happen. Which is why no number of purges of individuals are going to make the DNC the kind of organization that serves the public interest. And why we're going to need a third party, or a third force, to pressure the Democratic Party to do what's right by America.

Related Topic(s): Democratic Convention; Democratic Sellout; Democrats DNC; National Priorities, Add Tags
Add to My Group(s)
Go To Commenting
The views expressed herein are the sole responsibility of the author and do not necessarily reflect those of this website or its editors.