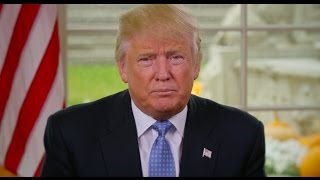 "We are going to take a strong look at our country's libel laws so that when somebody says something that is false and defamatory about someone, that person will have meaningful recourse in our courts," Donald Trump said recently. "And if somebody says something that's totally false and knowingly false, that the person that has been abused, defamed, libeled, will have meaningful recourse."

Yes, Trump is a jerk.

True, he himself is the Slanderer-in-Chief.

Granted, he's a bit of a fascist.

Pertinently, libel laws are state laws. Neither the president nor Congress can change them.

But even an authoritarian hypocrite is right sometimes. And Trump is dead right that the nation's libel laws are "a sham and a disgrace."

My defamation lawsuit against The Los Angeles Times is a case study. (I've written about the merits of my case elsewhere. Here, I ask you to simply consider the process of lodging a complaint and taking it to a jury to consider. My question is this: should suing be this difficult?)

Bear in mind: the timeline in my case is typical.

The Times published an article announcing my firing in July 2015. After their excuse for my firing fell apart, they published a second piece "reaffirming" their decision in August 2015. Two and a half years later, we haven't even begun discovery -- and I'll be lucky to get in front of a jury before 2020.

Justice delayed is justice denied. So what's taking so long? Part of the problem is California's understaffed, overworked court system. But mostly it's the fact that newspapers have rigged the legal system against plaintiffs.

In California, for example, media companies lobbied the legislature to pass Civil Code 48(a). Under 48(a), you have to serve written notice to a newspaper that they've libeled you within 20 days of the initial publication. What if you're off fishing for three weeks? Too bad -- you can't sue. What if you hear about the libelous article more than 20 days later? Again, you have no recourse.

What if you've never heard of the law? You're like most people -- and you've got no case, no matter what they wrote about you.

California is one of 28 states to have an "anti-SLAPP" law. According to proponents, there are wealthy individuals and companies who file nuisance lawsuits against defendants, not to win but to tie the poor defendants up in court and force them to hire expensive lawyers to defend themselves.

Related Topic(s): Laws; Lawsuits; Libel; Newspapers; Trump Hypocrisy, Add Tags
Add to My Group(s)
Go To Commenting
The views expressed herein are the sole responsibility of the author and do not necessarily reflect those of this website or its editors.