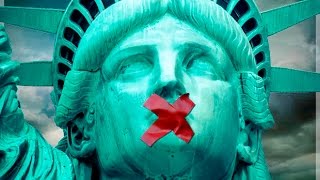 Freedom in a free society is supposed to be for all. Therefore, freedom rules out imposing on the freedom of others. You are free to walk down the street, but not to keep others from doing so.

The imposition on the freedom of others can come in overt, immediate physical form -- thugs coming to attack with weapons. Violence may be a kind of expression, but it certainly is not "free speech."

Like violence, hate speech can also be a physical imposition on the freedom of others. That is because language has a psychological effect imposed physically -- on the neural system, with long-term crippling effects.

Here is the reason:

All thought is carried out by neural circuitry -- it does not float in air. Language neurally activates thought. Language can thus change brains, both for the better and the worse. Hate speech changes the brains of those hated for the worse, creating toxic stress, fear and distrust -- all physical, all in one's neural circuitry active every day. This internal harm can be even more severe than an attack with a fist. It imposes on the freedom to think and therefore act free of fear, threats, and distrust. It imposes on one's ability to think and act like a fully free citizen for a long time.

Hate speech can also change the brains of those with mild prejudice, moving it towards hate and threatening action. When hate is physically in your brain, then you think hate and feel hate, you are moved to act to carry out what you physically, in your neural system, think and feel.

That is why hate speech in not "mere" speech. And since it imposes on the freedom of others, it is not an instance of freedom.

George Lakoff is Richard and Rhoda Goldman Distinguished Professor of Cognitive Science and Linguistics at the University of California at Berkeley, where he has taught since 1972. He previously taught at Harvard (1965-69) and the (more...)

Related Topic(s): Freedom Of Speech; Hate Speech; Hate-Racism-Bigotry; Threats; Violence, Add Tags
Add to My Group(s)
Go To Commenting
The views expressed herein are the sole responsibility of the author and do not necessarily reflect those of this website or its editors.

Obama vs. Romney: The Framing Matchup, Round One

The President Is The Nation: The Central Metaphor Trump Lives By

Why Hate Speech is Not Free Speech

Obama Defends Freedom of Religion: Be Not Afraid of Mitt Romney