We act according to the metaphors. 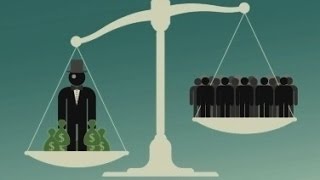 We know from neuroscience that most thought is unconscious, carried out by neural circuitry. In Metaphors We Live By, Mark Johnson and I showed that much of that unconscious thought is metaphorical, and further, that we often live our lives according to those metaphors. A simple example, we understand time as a money-like resource, seen in expressions like saving time, wasting time, budgeting our time, and putting some time aside to see friends.

Many of us budget our time, worry about wasting time, and try to save time. We not only take the metaphors as real but we act according to the metaphors -- and in fact much our social and business reality is structured by those metaphors, which reinforces their effect. Given human brains, living by metaphor is normal and probably unavoidable.

Louis XIV, King of France, was famous for saying, L'e'tat, c'est moi -- I am the state -- a metaphor that a king could live by, or at least try to. Roger Cohen, on May 19, 2017, in a NY Times op-ed titled L'e'tat, c'est Trump, pointed out ways in which Trump has acted as if he had absolute power, like a despot. True. But there is a lot more to say. When John Lengacher and I closely analyzed language coming out of the White House, it became clear that Trump has internalized and has been living by a central metaphor: THE PRESIDENT IS THE NATION.

What the Metaphor Explains

From all of these considerations, it seems clear that the President is living by the metaphor, with enormous repercussions for our nation and the world. We see this in his speeches, his tweets, and his official actions. It also explains the tension with Reince Preibus and why Preibus had to be replaced.

How Can Progressives Counter The Metaphor and Its Effect.

As one of the discoverers and principal analysts of conceptual metaphors and their power, I have an obligation to report how this metaphor works and the effects it has. As an American citizen, I have the obligation to make these findings public so that it can be countered.

George Lakoff is Richard and Rhoda Goldman Distinguished Professor of Cognitive Science and Linguistics at the University of California at Berkeley, where he has taught since 1972. He previously taught at Harvard (1965-69) and the (more...)

Related Topic(s): Metaphor; Speeches; Threat; Trump Presidency; Tweet, Add Tags
Add to My Group(s)
Go To Commenting
The views expressed herein are the sole responsibility of the author and do not necessarily reflect those of this website or its editors.

Obama vs. Romney: The Framing Matchup, Round One

The President Is The Nation: The Central Metaphor Trump Lives By

Why Hate Speech is Not Free Speech

Obama Defends Freedom of Religion: Be Not Afraid of Mitt Romney