But she could have said it better. 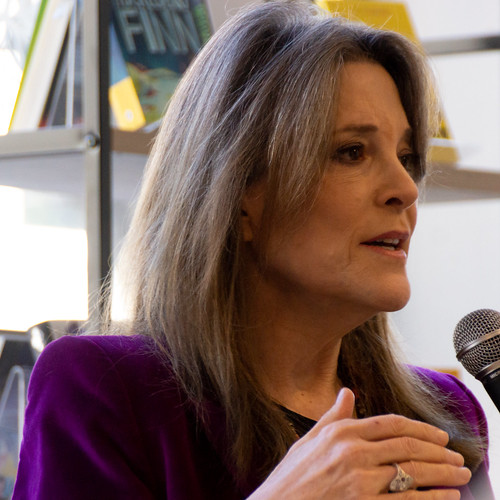 The media is poking fun of Marianne Williamson's response to the debate's last question. But a lot of what she said during the debate was right on. We need to take a bigger view of things.

1. We have to leave behind an old view of the world that is no longer relevant in our sophisticated technological world. We need a new cultural paradigm.

2. We have to leave behind the dehumanizing patriarchal belief that women and people of color are less worthy than white men. We're all equal and yet different. Embrace the difference.

3. We have to stop being a consumer society in a capitalistic system and learn to live a more balanced, sustainable lifestyle.

4. We have to become caretakers of our planet and her resources rather than plunderers of her treasures.

5. We have to reduce the population which means making birth control available to everyone.

6. We have to stop wars, which are wasteful and cruel. A sign of a perverted masculine need to protect and defend. Now, we cloak it in those needs, but in reality, we go to war to demand our own way. To dominate others. For greed.

7. We have to balance the economy so that 1% of the population doesn't control 90% of the wealth. The economy should only be a tool for a culture -- not its center. We have put the economy in the center of our concerns and not the people, who should be there. It's our government after all, isn't it?