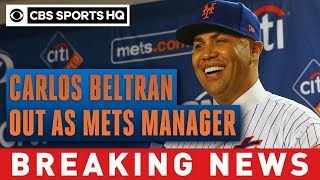 The Greeks had it right. The gods are toying with us, letting us think we're in control of what's happening when, in reality (or what we perceive to be reality) the powers that be are teaching us a lesson. I don't know what that lesson might be, but I'm pretty sure the gods are fed up with us.

Consider. On a recent mind-boggling day that saw: a) the entire Russian government with the notable exception of President Vladimir Putin resign; b) a Ukrainian wise guy say on American TV that the president, vice president, secretary of state, attorney general, former chairman of the House Intelligence Committee, the president's personal lawyer, a Republican wannabe, and some shady Ukrainians were all part of a plot to intimidate (or worse) the American ambassador to Ukraine because she insisted on doing her job by the book; and c) the House of Representatives presented articles of impeachment against that president, Trump, for illegally withholding congressionally approved military aid funds for Ukraine in an effort to get that country's government to say it was investigating the business dealings of the son of one of Trump's potential opponents in the 2020 election--- on that very same day, the New York Mets fired Carlos Beltran, their new manager, before pitchers and catchers even reported for spring training.

What does Trump have to do with firing Beltran? Connect the dots.

Trump was impeached, in effect, for attempting to cheat in the coming election, undoubtedly because that's how he won the first time. In the 2016 election, he got considerable help from Russian hackers who infiltrated voting systems in all 50 states to swing the Electoral College vote to him. Those hackers work for Putin, the former KGB chief famous for arresting political rivals (the ones who don't die of poisoning), having several unrecorded phone and in-person conversations with his American counterpart, and now, for setting in motion the tear-up-the-Russian-constitution process to make him ruler for life. Putin's Russia was also found to be cheating in the 2016 Olympics and stripped of its medals. More recently, Russia was banned from all international sporting competition, again for using performance-enhancing drugs. Cheating.

Beltran was fired for being part of a Houston Astros baseball team that won the 2017 World Series, being helped considerably, according to an investigation by Major League Baseball, by an electronically based system for stealing the other team's signs. Cheating.

The Astros won their championship in 2017, the first year of the Trump presidency. What that presidency and the way it was attained said to the world is that you can cheat, have people know about it, and still be declared a winner. At least in America. Nothing has happened yet to change that perception.

History has shown that it is too easy for too many people to become accustomed to the abnormal, the improper, the inappropriate, the unethical, the illegal, the immoral when there appears to be nothing to do about it and there is no price to pay for it.

Everybody does it, is the cry of the apologists. They're all crooks and cheaters and liars anyway, say the uninformed or just plain lazy. Move along, nothing to see here.

Actually, there was plenty to see. Major League Baseball investigated complaints of the Astros stealing signs flashed from the opposing catcher to the pitcher. It found the team was using electronic video feeds to spy on the catcher and then having someone in the dugout bang a garbage can to let the batter know what pitch was coming. High tech/low tech. This is against baseball rules. The fact that Astros batters had significantly higher batting averages at home in the World Series than they did in Los Angeles, home of their opponent, the Dodgers, was exhibit A.

The whole Astros team was in on the plot. MLB suspended the Houston manager and general manager for a year apiece and imposed a fine and sanctions on the team. Houston owners promptly fired the two suspended men. Then the Boston Red Sox (under investigation for similar charges) fired their manager, Alex Cora, who was a coach on that Houston team. And the Mets, next in line, reluctantly fired Beltran, who was a player on that team, but the only player named in the MLB report, suggesting he had more than a supporting role.

Consequences. When there is a fear that you could be caught cheating, most people don't cheat. When there is a greater fear that you will be ostracized for not going along with the cheating than there is of anyone caring enough to punish you for cheating, many, if not most, people go along. Human nature. Fear. Negative energy begets negative energy. The abnormal becomes normal. Everyone does it. I didn't say it. OK, I said it, but I didn't mean it. OK, I meant it. Who cares? Cheating for hits or cheating for votes. Same thing. Look at Trump. He cheats all the time and he's the president. You don't see anyone coming after him, do you? Remember, this was in 2017, when we were making America great again.

The Astros went to the White House in 2018 to be congratulated by Trump, a cheaters photo op. Beltran didn't go. He's Puerto Rican and was unhappy with Trump's response to the island's hurricane damage, but Beltran didn't give that as a reason for his absence. He said he wanted to spend time in New York City with his family, sounding like every Republican in Congress who finds some excuse to avoid criticizing some aspect of Trump's behavior. Fear. It's contagious.

But now, here come the gods. I think they may have had enough of letting us think we're running the show. In their universe of actions and appropriate reactions, cheating must inevitably be punished, not rewarded. The energy flow must be corrected from negative to positive, lest a species destroy itself. Interestingly, the people in charge of our games seem to have had that awareness hey, this is not right! quicker than those who decide on our daily lives. The Olympics, Major League Baseball, even the long tone-deaf National Football League, have cracked down to some degree on cheaters. And, yes, in the same week as Beltran's firing, Congress began the process of holding a president accountable for serial cheating.

But, you say, Trump is still in office and the Astros team got to keep its title. None of the other Astros players was punished for going along with the sign-stealing rather than trying to stop it. Why?