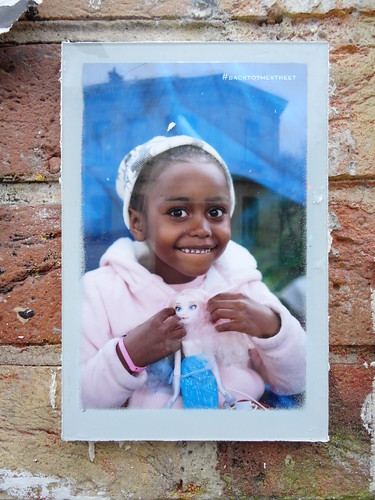 Nobody is illegal
(Image by Jeanne Menjoulet)   Details   DMCA

Almost every day we read about the latest outbursts in Europe, targeting pro-immigration policies. There are protests, even riots. Right-wing governments get voted in, allegedly, because the Europeans "have had enough of relaxed immigration regulations".

That is what we are told. That's what we are supposed to understand, and even sympathize with. Anti-immigration sentiments are even pitched to the world as something synonymous with the desire of Europeans "to gain independence from Brussels and the elites". The right-wing, often racist, spoiled and selfish proletariat is portrayed by many as a long-suffering, hard-working group of people, with progressive aspirations.

If seen from a distance, such arguments are outrageous and even insulting; at least to the billions of those who have already lost their lives, throughout history; victims of the European and North American expansionist genocides. And to those individuals who have, until this day, had their motherlands ruined, livelihoods destroyed, political will violated, and in the end, free and unconditional entry denied; entry into those very countries that keep violating all international laws, while spreading terror and devastation to virtually all corners of the world.

In this essay, let us be as concrete as possible. Let us be brief.

I declare from the start, that every African person, every Asian, every citizen of the Middle East and every Latin American (how perverse this very name "Latin" and "America" is, anyway) should be able to freely enter both Europe and North America. Furthermore, he or she should be then allowed to stay for as long as desired, enjoying the free benefits and all those goodies that are being relished by Westerners.

To back this statement, here are several (but not all) basic moral and logical arguments:

First of all, Europe and North America do not belong to their people. They belong to the people from all corners of the globe. In order to build the so-called West, close to one billion (cumulatively, according to my friends, the UN statisticians) had to die, throughout modern and the not so modern history. Virtually everything, from theatres, schools, hospitals, parks, railroads, factories and museums, have been built, literally, on the bones and blood of the conquered peoples. And nothing much has really changed, to these days. Europe and later North America invaded almost the entire planet; they looted, killed, enslaved and tortured. They robbed the world of everything, and gave back nothing, except religion and a servile and toxic bunch of 'elites', who are continuously plundering their countries, on behalf of the West. Therefore, Europe and North America were built on credit, and now this credit is due.

Secondly, the Western culture, without any competition, is the most violent civilization on earth. I repeat, without any competition. It cannot be defeated militarily, without further losses; losses which could be easily counted in billions of human lives. Therefore, the only possibility of how to reduce the scale of further global tragedies, is to 'dilute' the West and its fundamentalist culture of racial and cultural superiority. The fact that Westerners are now in minority in such cities like London or New York, has not fully stop the U.K. and U.S.A. from committing monstrous crimes, attacking and pillaging foreign countries. But were Europe and North America still homogeneous, there would hardly be any free, independent country left anywhere in the world. Migration to the West is helping, at least to some extent, to save the world. Migrants, from the first and oldest generations, demand that the voices of non-westerners, would be listened to, at least some extent.

Furthermore, and this is of a course well-known argument: the only reason why people from previously wealthy countries like Iraq, Libya, Venezuela, Iran or Syria are forced to emigrate, is because their nations were either bombed back to the Stone Age, or destroyed through sadistic sanctions. Why? So, there would be change of the government, and instead of local citizens, the profits from natural resources would benefit Western corporations. Also, of course, in order to prevent the "Domino Effect". The West hates the idea of the "Domino Effect": read, the regional or global influence of Communist, socialist or progressive governments which would be determined to improve the lives of their people. West needs obedient, frightened slaves, not great heroes and bright thinkers! To stop the "Domino Effect", millions had to die in the 1965 coup in Indonesia, in Indochina (Vietnam, Laos and Cambodia), in the Democratic Republic of Congo, Iraq, to name just a few unfortunate nations. If you come to a rich, socially-balanced nation, rob it of everything, overthrow its government, and reduce it to a 'failed state', in order for your own nation and people to prosper, would you be shocked if some of its people were to decide to try to follow the resources that you have stolen; meaning, moving to your own country?

The reason why people in the West do not follow this train of logic is simply because they are thoroughly ignorant; trying extremely hard, for decades and centuries, to remain blind. If they claim ignorance, they don't have to act. They can just enjoy the loot, without paying the price. It is simple, isn't it?

Are those right-wing voters in the U.K., in Hungary, in Greece, France and Italy, as well as in other EU countries, really so blind, or so morally corrupt, that they do not see the reality?

Do they expect to have a 'free ride' for another century or two?

Do they teach history in European schools? I wonder. And if they do, what kind of history? I was shocked to realize that even some of my Spanish friends who are working for the United Nations, have absolutely no clue about the barbarity their country had committed in Central and South America. Or Portugal, in what is now Brazil or Cape Verde.