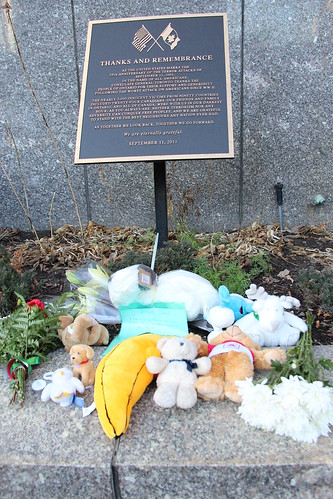 The official explanation given of the Sandy Hook school shootings struck many people at the time as fishy. Various aspects of the story did not seem to go together well or fit normal procedures for such a crime. Contradictory evidence was never explained, and doubts based on evidence were ignored rather than answered.

Now a Wisconsin state judge, Frank D. Remington, has renewed doubts about the Sandy Hook event. This was not Judge Remington's intention. It was the result of his summary judgment in a civil defamation lawsuit in favor of Lenny Pozner against James Fetzer and Mike Palecek. Fetzer accused Pozner of using a fake death certificate as evidence that Noah Samuel Pozner, age 6, was shot and killed at Sandy Hook school.

Judge Remington has renewed suspicions about the school shooting, because he kept expert witness testimony favorable to the defendants from the jury and issued instead his own declaration of the defendants' guilt in place of jury determination.

Two highly qualified forensic experts examined the various copies of the death certificate that have featured in the controversy. Larry Wickstrom concluded that one of the certificates "is an altered and unreliable document" that permits no conclusion of forgery or originality, that one "is a forgery," that the State of Connecticut "has issued two different and certified as true versions," and that one "has been digitally and physically altered." Wickstrom concludes: "That until such time as the State of Connecticut addresses and rectifies the conditions that allow this kind of record manipulation, any 'true copy of a record filed,' certified by the Seal of State of Connecticut, Department of Public Health, should be considered suspect and treated as unreliable."

The second forensic expert, A. P. Robertson, noted many anomalies and concluded: "Given the vast array of different versions of the same document and all the numerous documented anomalies that are clearly visible, I would ask the question, 'Would a reasonable person of average intelligence draw the same conclusions as the Defendants?' I think that the answer is almost certainly yes. I would dare to say that any person of average intelligence would come to the conclusion that there appears to be some sort of intentional document manipulation."

By removing such powerful exculpatory evidence from the defense and taking the case out of the hands of the jury, Judge Remington has given the trial the appearance of a show trial in which the outcome was pre-determined. It is not defamation if a person states in good faith that a document is fake. This is merely a person's honest conclusion, in Fetzer's case backed up by forensic experts.

The forensic testimony should have gone to the jury.

Then to get to the bottom of the Sandy Hook school shooting controversy Judge Remington, if it was within his power, should have had Connecticut state officials explain the anomalies and differences in the certificates or denounce them for not being official copies.

The inappropriate way in which Judge Remington handled the case smells like a cover-up and an orchestrated lesson to people that they will be punished if they doubt official explanations.

If the official story of the Sandy Hook school shootings is correct, there should be abundant evidence with which to answer skeptics. Instead, skeptics have been demonized and evidence in their behalf ignored even in a court of law.

When judges fail to follow proper procedures, especially in such controversial cases, they contribute to public perception that legal processes are corrupt.

Carl Herman reports here on the violation of due process by the judge apparently in order to deep-six the evidence that the death certificates were, as Fetzer had concluded, altered or fakes. For the experts' finding, scroll down to near the end.

Just to be totally clear, this article goes against the opinion of OpEdnews, where we do NOT question the reality of the Sandy Hook shootings.

Related Topic(s): Connecticut; Evidence; Judges; Sandyhook Shooting; State, Add Tags
Add to My Group(s)
Go To Commenting
The views expressed herein are the sole responsibility of the author and do not necessarily reflect those of this website or its editors.