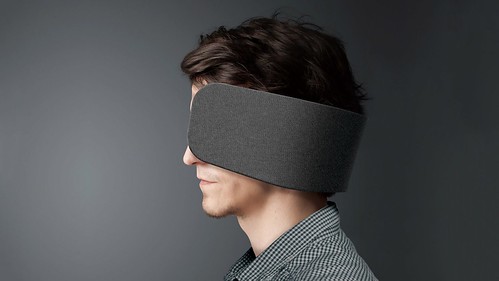 They go around like ghosts, this must be what it means to be a ghost, being certain that life exists, because your four senses say so, and yet unable to see it.

"'There can be no doubt that Saddam Hussein has biological weapons.'" This is the former Secretary of State, Colin Powell, speaking before the world at a session of the UN Security Council on February 5, 2003. America, according to Powell's "evidence," was justified in it's decision to invade Iraq, scheduled for the following month.

Powell is effective. The "Black Hawks" are ready. The US invades. The "Shock and Awe" campaign that begins in a grand-scale lie, proclaiming to bring "freedom" to the Iraqis, becomes a windfall of profits for the likes of Lockheed Martin, Raytheon, and Boeing.

I remember the world, including citizens in the US, in the streets protesting the idea of invading Iraq, and protesting, most of all, the loss of lives for the sake of profits for warmongering-manufacturers.

I didn't hear General Powell's words or see him behind that table with his charts and graphs defending the war until sometime later, when I returned home from a year of teaching in Ethiopia. When the vote to invade Iraq occurred in September 2002, I was just days from boarding the first plane to Europe, on the way to Addis Ababa. I knew from hearing the human buzz that the world was protesting, and I never expected the war would take place. Although I should have realized that opposition to mass murder would mean little to the corporations depending on war for their survival.

In Ethiopia, the US Embassy's ambassador ordered Americans to stay home. At least four days! Stay home! The Iraqi War had become a reality. There were weapons of mass destruction (WMD) on full display for the world to see. But for me, all the events leading up to the first bomb to dropped over Baghdad on the first night of "Shock and Awe" were and still represent a blind spot to me.

It's the closest I've come to living without knowing what was happening beyond the four walls of my home within a privately-own family compound. For four days, I listened to the women outside my door cleaning and cooking for the older couple owners of the compound, not understanding a words of their conversation. On the fifth day, I took my chances in a country divided between Orthodox Christians and Muslims, with the latter outnumbering the former by a small margin at the time, and took a bus about ten blocks to an Ethiopian hotel on Haile Selassie Boulevard that tended to cater to expatriates from everywhere, visitors from everywhere, and middle-classed Ethiopians.

The hotel would have a television set.

And it would also have visitors to Addis Ababa, expatriates working in the city, and Ethiopians all with the same idea of catching the news for a view of the war, in this case, presented by CNN INTERNATIONAL. If I hadn't known any better, I would have thought the presentation was that of air craft companies competing to sell us gathered in that small hotel lobby fancy weapon-packed helicopters and drones, given the animation, itself crafted to support an authoritarian voice in the business of assuring potential buyers that these flying weapons were quite capable of annihilating whatever it's "smart-tech" targeted.

I was the only American in the room. I doubt if anyone of the crowd of mostly men surrounding the television screen noticed me. It was quiet, except for an all-too familiar authoritarian male voice selling what dominated the screen. Maybe I had coffee. Whatever it was, I decided I had had enough. As a fifty year old Black woman at the time, I knew without having experienced it all first hand, the capabilities of the US's law and military forces. I left the hotel as quietly as I had entered. Nothing about that moment I stepped back out onto Haile Selassie Boulevard seemed normal. Everyone seemed to go about their business, but I felt invisible to the living beings around me. I was walking, having decided to forgo a crowd shoulder-to-shoulder bus ride. I was watching and seeing women and men, most in their traditional Christian white and others in their colorful head and face covering.

I could hear them as usual and not recognize anything that had become familiar by then six months in-county; and yet, I felt as if I had never seen anything walking beside and ahead of me.

Today, I think of the blind spot covering some very significant events and that feeling of being out of it, and I wonder who are these people who inform me that they have no interests in "politics." They don't "talk politics." And they mean that they don't even watch the Foxhole news (no offense to foxes). People don't watch the news. They don't read the newspapers.

I don't get involved in politics!

Related Topic(s): America; Anger; History; Indifference; Irrational; Money; Politics; Racism; Racism; Violence; (more...) Weapons, Add Tags  (less...)
Add to My Group(s)
Go To Commenting
The views expressed herein are the sole responsibility of the author and do not necessarily reflect those of this website or its editors.