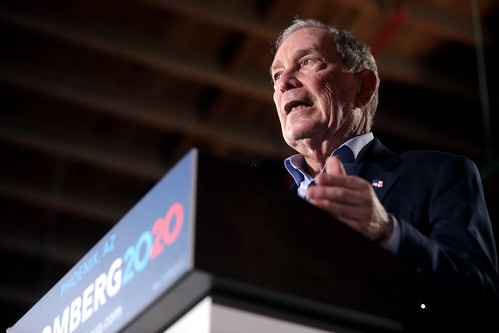 I didn't vote in the 2016 presidential election. Surrounded by the hysteria of white liberals (wittingly or unwittingly) neoliberalism's foot soldiers in Madison, Wisconsin at the time, those who ignored Barack Obama's history in Chicago as the "community activist" yet promoter waging of "just" wars, I couldn't bring myself to go to the polls for Barack Obama. Either in 2008 or in 2012. He would be, I noted in my Black Commentator and Capital City Hues columns, a man who would assume become the black face of US Empire. It didn't take long before he rewarded his friends on Wall Street, from the banking and corporate worlds, to join him at the White House.

"The greatest purveyor of violence in the world today," said Dr. Martin L. King Jr., is "my own government, I can not be silent."

War takes from the economically poor most of all, King warned. It steals lives too. There are the dead and those mentally traumatized forever.

Obama served his eight years. The necessity of war for the US Empire arose many times, with Hillary Clinton, a hawk, and Democratic presidential candidate in 2016, running against Trump, recognized, with the expertise of a woman with corporate friends, "predators" in Libya just as she did years before in the US. Sounding like the Republican New York Bloomberg and his "m.o." for describing "minority" males, prone to the world of crime.

There are photos of presidential candidate Senator Robert Kennedy, visiting the economically poor rural and southern areasshaking hands with parents and children on the front porches of abodes without running water or even electricity. Today, it's rare to see presidential candidates shaking hands with the economically poor. Outstanding warrants or previous prison time deems these citizens less worthy of politicians' time. But, politicians make their worthwhile stressing to their base the necessity for law-and-order policies that general impact the lives of the economically poor.

Then there's the often deliberate inaccessibility of the voting polls making it impossible for the working class to vote. The Democratic National Committee (DNC) seems to think this inaccessibility is not a priority. And why not?

The middle class, on the other hand, attend rallies and town hall sessions. The politicians want to seem this classat staged events. But, unless a relative or long-time friends, the manager at a local Walmart or any fifth grade teacher in Chicago or LA isn't a regular lunch mate with the billionaire candidate. The Walmart worker, black and mother of two small childrennot a chance.

In the midst of the liberal middle-class hysteria over Obama, the local policies of cities and towns in Wisconsin featured built-in manholes: you could watch as black and brown men fell into these holes, otherwise known as prisons, many so far away from family and their community.

Good luck locating housing for the newly released from prison. As the black and brown communities of the economically poor, working class, and even middle class can attest toaffordable housing is disappearing behind that capitalist necessity (again) for corporate-sustaining projects that create gated-communities for predominately white upper class citizens, valuable, citizens, because moneyed citizens.

Those corporate-sustaining projects breed more projects guaranteed to upgrade not just "blighted" urban areas but also downtown centers throughout the US which, in turn, justifies sprucing up the City Hall, the Opera House, the university and affiliated medical facilities, the museums, parks and recreation centers, and high-end fashion as well as jewelry and accessory stores. And soon, the whole city isn't affordable for everyone with less than a six-digit income.

In a mid-size city such as Madison, it's impossible to live downtown without maybe two "middle class" incomes combined. Maybe. Then that's a certain class, isn't it? And the preferable class excludes what races of people? And mind you, the supporters of neo liberal ism parad ed Obama buttons while declaring Obama their man!

For the most part, t he so-call debris in whitespaces were (and are still today) black and brown and Indigenous people. If you are "acceptable," that is, based on your income, then you are welcomeunless the police think otherwise, of course. But the merchants and politicians generally don't have a problem with the color green.

Related Topic(s): Capitalism; Change; Class; Corporate; Democratic; History; Money; Politicians; Power; Reality; (more...) Socialism, Add Tags  (less...)
Add to My Group(s)
Go To Commenting
The views expressed herein are the sole responsibility of the author and do not necessarily reflect those of this website or its editors.