Our political economy is largely controlled by giant corporations and their political toadies. Today the concentration of power and wealth is staggering. 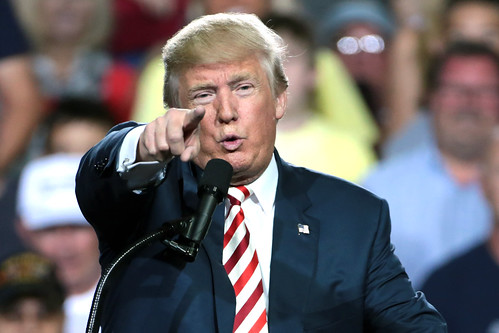 Donald J. Trump's 2020 election strategy is to connect his potential Democratic opponents with "socialism." Trump plans to use this attack on the Democrats even if Senator Bernie Sanders, who proudly calls himself a "democratic socialist," doesn't become the presidential nominee (Sanders has been decisively re-elected in Vermont).

Senator Elizabeth Warren is distancing herself from the socialist "label." She went so far as to tell the New England Council "I am a capitalist to my bones."

Sanders and Warren are not what they claim to be. They are both updating Roosevelt's New Deal and more closely resemble the Social Democrats that have governed western European democracies for years, delivering higher standards of living than that experienced by Americans.

The original doctrine of socialism meant government ownership of the means of production -- heavy industries, railroads, banks, and the like. Nobody in national politics today is suggesting such a takeover. As one quipster put it, "How can Washington take ownership of the banks when the banks own Washington?"

Confronting Trump on the "socialism" taboo can open up a great debate about the value of government intervention for the good of the public. Sanders can effectively argue that people must choose either democratic socialism or the current failing system of corporate socialism. That choice is not difficult. Such an American democratic socialism could provide almost all of the long overdue solutions this country needs: full more efficient Medicare for all; tuition-free education; living wages; stronger unions; a tax system that works for the people; investments in infrastructure and public works; reforms for a massive, runaway military budget; the end of most corporate welfare; government promotion of renewable energies; and the end of subsidies for fossil fuels and nuclear power.

Now, it is even easier to make the case that our political economy is largely controlled by giant corporations and their political toadies. Today the concentration of power and wealth is staggering. Just six capitalist men have wealth to equal the wealth of half of the world's population.

The Wall Street collapse of 2008-2009 destroyed eight million jobs, lost trillions of dollars in pension and mutual funds, and pushed millions of families to lose their homes. Against this backdrop, the U.S. government used trillions of taxpayer dollars to bail out, in various ways, the greedy, financial giants, whose reckless speculating caused the collapse.

In May 2009, the moderate Senator from Illinois, Dick Durbin, said: "The banks -- hard to believe when we're facing a banking crisis that many of the banks created -- are still the most powerful lobby on Capitol Hill. And they frankly own the place."

Is there a single federal government agency or department that can say its most powerful outside influence is NOT corporate? Even the Labor Department and the National Labor Relations Board are under more corporate power than union power.

Who better than Trump, on an anti-socialist fantasy campaign kick, can call attention to the reality that Big Business controls the government and by extension controls the people? In September 2000, a Business Week poll found over 70 percent of people agreeing that big business has too much control over their lives (this was before the horrific corporate crimes and scandals of the past two decades). Maybe that is why support in polls for "socialism" against "capitalism" in the U.S. is at a 60-year high.

Related Topic(s): 2020 Elections; Capitalism; Corporate Crime; Corporate Fascism; Democratic Capitalism; Democratic Socialists; Socialism; Trump Against Democracy, Add Tags
Add to My Group(s)
Go To Commenting
The views expressed herein are the sole responsibility of the author and do not necessarily reflect those of this website or its editors.