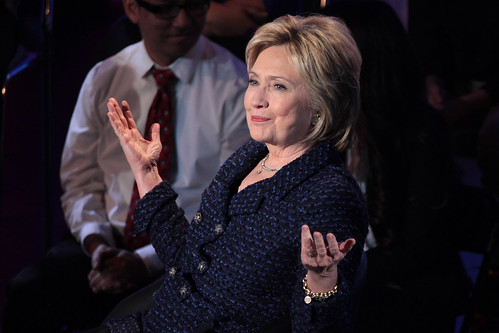 Conservative and other Republican-leaning websites over the July 4 long weekend began preparing their readers for the possibility -- the likelihood, maybe -- that Hillary Clinton would not be indicted as a result of her email scandal. And this is despite the fact that former President Bill Clinton may have improperly and inappropriately inserted himself into the case by "running into" Attorney General Loretta Lynch on the tarmac at an airport in Phoenix, AZ.

The former President claimed later that the two had spoken for 20 minutes, but only about his grandchildren. His wife's case, he said, wasn't discussed. That meeting came within a day of news reports that the presumptive Democratic presidential nominee had met with the FBI for three-and-a-half hours to talk about her email server.

More importantly, Attorney General Lynch went so far as to say that she would have to assess whether or not Hillary Clinton had "criminal intent" when she had the email server set up and when she sent classified emails from it.

Either this is a red herring or the Justice Department, the FBI, and the judge in my case owe me and others an apology and the President owes me a pardon.

Four years after I blew the whistle on the CIA's torture program I was charged with five felonies, including three counts of espionage (for speaking about torture with reporters from the New York Times and ABC News), one count of violating the Intelligence Identities Protection Act (for confirming the name of a former CIA colleague; the reporter never revealed the name, and it was never made public), and one count of making a false statement, a "throwaway charge," the basis of which was never clear to me.

In my very first hearing, my judge, a Bill Clinton appointee who reserves all national security cases for herself (me, Jeffrey Sterling, Ed Snowden, and others), said that she would not respect precedent from the Tom Drake case, saying that a defendant in a national security case had to have criminal intent to be prosecuted for espionage. That begged the question of whether a defendant could then "accidentally" commit espionage. "That's exactly what it means," the judge said. I didn't stand a chance.

But in Hillary Clinton's case, it seems that everything rests on the notion of criminal intent. Did Hillary, then, set up her email server specifically to subvert the Freedom of Information Act (FOIA)? Did she set up her email server for the express purpose of passing classified information to people not entitled to receive it? Of course not. But that's not the standard, at least it's not in the federal Eastern District of Virginia.

I understand that life isn't fair. I understand the reality of American politics that some people get special treatment and others don't. I understand that I wasn't married to a president and that I'm not a former Secretary of State. I sincerely appreciate the fact that two -- yes, TWO -- FBI agents who worked on my case have discreetly apologized to me in the past six months, saying that they were ordered to go after me for political reasons.

But the Constitution says that all Americans are equal, even if they are named "Clinton." We know that Hillary sent and received classified information on an unsecured email system. That's a crime. I don't care whether or not she had criminal intent. My own trial judge says that it doesn't matter. But if Hillary didn't have criminal intent, and that's the reason the Justice Department uses to not prosecute her, then Tom Drake and I, at the very least, deserve a pardon. Otherwise, the system really is as corrupt as so many Americans say it is.

Related Topic(s): Email; Hillary Server; Whistleblowers-ing, Add Tags
Add to My Group(s)
Go To Commenting
The views expressed herein are the sole responsibility of the author and do not necessarily reflect those of this website or its editors.