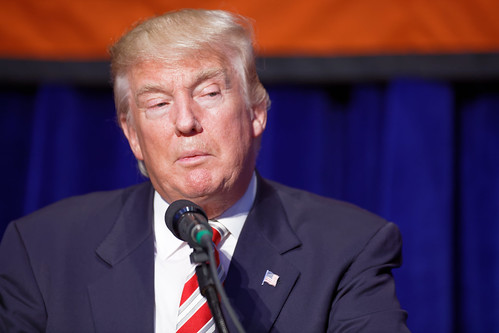 We're now well into the second year of the Trump tax cut, and we're still waiting for the investment boom. By its own criterion, the Trump tax cut has failed badly, but there are a few lessons worth learning before trashing it as a complete failure. First, and most importantly, the tax cut did provide a boost in demand, leading to faster economic and wage growth and a lower unemployment rate.

The bulk of the tax cut took the form of a reduction in the corporate tax rate from 35 percent to 21 percent. As has been widely reported, this led to a surge in share buybacks, as companies could find nothing better to do with the extra cash than pay it out to shareholders.

This boost to growth led to more rapid job creation, pushing the unemployment rate down to its current 3.8 percent level. (It had been as low as 3.7 percent for two months last fall.) This is a really big deal. Most economists had not previously thought the unemployment rate could get this low without causing spiraling inflation.

While we may start to see issues with inflation in the future, there is essentially zero evidence of any uptick in the inflation rate to date. This means that we were able to get the unemployment rate down, employing perhaps another million workers. These workers were disproportionately from the most disadvantaged segments of the labor market people of color, workers with less education and people with criminal records.

All of this has come with no noticeable uptick in interest rates. Many warned that the larger budget deficits that resulted from the tax cut would lead to higher interest rates, which would crowd out investment. As it stands, the interest rate on 10-year U.S. Treasury bonds is just 2.53 percent. This compares to interest rates of more than 5 percent back in the late 1990s, when the federal government was running budget surpluses.

Once again, economists show themselves to be incredibly bad at recognizing the economy's potential. Back in the late 1990s, virtually all economists agreed that the unemployment rate could not get much below 6 percent without triggering spiraling inflation. They were shown to be wrong in a big way as the unemployment rate averaged 4 percent in 2000, with no noticeable uptick in inflation.

Most economists put the floor for the unemployment rate at or above 5 percent, just a few years back. By pressing the economy to produce at higher levels of output, the tax cut showed the floor is clearly under 4 percent, and perhaps quite a bit lower.

This doesn't change the fact that a tax cut targeted to the rich and corporations was a terrible way to boost demand. We should have done it by investing in infrastructure, education, child care and other productive uses. If we were going to do tax cuts, they should be targeted to the low- and moderate-income people who need it most.

We also learned, if anyone still needed this lesson, that tax cuts to the rich and corporations are not a good way to boost investment. There is little difference in the pace of investment growth pre- and post-tax cut. Orders for non-defense capital goods, the largest category of investment, are up just 11.2 percent from their level of two years ago. This translates into annual growth of just 5 percent, compared to a promised boom in the neighborhood of 30 percent.

The promises that lower corporate tax rates would be associated with the end of loopholes also failed to pan out. After the tax cut passed, the Congressional Budget Office projected the government would collect $243 billion in corporate income taxes in 2018. The government actually collected $205 billion in 2018, a shortfall of almost 20 percent. Apparently, even with the lower rates, the loopholes are still there.

In short, we can say that those of us who thought the Trump tax cut was a pointless giveaway to the rich were right. But those who complained that it was some budget buster that was going to cause high-interest rates and seriously damage the economy were wrong. There was (and may still be) further room to increase demand. It is a good thing that we are testing the economy's limits, even if we are doing it in the worst possible way.

Dr. Dean Baker is a macroeconomist and Co-Director of the Center for Economic and Policy Research in Washington, D.C. He previously worked as a senior economist at the Economic Policy Institute and an assistant professor at Bucknell University. (more...)
Related Topic(s): Economists; Inflation; Taxes; Trump Con; Trump Tax Cut; Trump Tax Plan, Add Tags
Add to My Group(s)
Go To Commenting
The views expressed herein are the sole responsibility of the author and do not necessarily reflect those of this website or its editors.