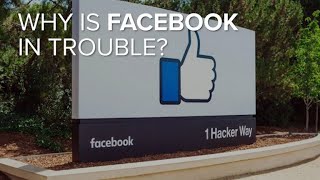 The revelations about Facebook and Cambridge Analytica have come and gone quickly, like a fiery auto crash into a 10-foot wall, the remains of which nevertheless disappear overnight -- in this case replaced by the next Trump scandal to hit the news. Pedestrians walking past the crash site today can only smell the fumes of earlier fevered concerns.

Yet the Facebook problem remains, if barely considered now. As we wrote earlier, what Facebook did in that case was no more than it was designed to do. Not only that, but what Cambridge Analytica did was follow a path others had tread before, except that this time the "Trump! Russia!" taint had made its own deeds unacceptable.

But ask yourself, if either political party had done what CA did, would this be news? A scandal? Or just "how things are done around here"? And given the power of this kind of private company over the public, is its very existence in the public interest at all?

The questions surrounding Facebook are many and serious. Facebook is first a monopoly; next, a mass manipulator capable of swinging elections and other social decisions in an order-of-magnitude-greater way than simple common advertising, no matter how targeted; third, a source of enormous wealth to a powerful few; and finally, it performs an almost utility-like, ubiquitous social function in today's Internet age. (Consider the telephone network as a utility that connects masses of people and enables communication. Now consider Facebook as a kind of modern-day telephone network. The communication is what we're interested in. The monetizable data and metadata of our communication is what its owners are interested in. The data collection is not necessary to the communication function.)

Each of these aspects of its nature adds implications to the "What to do about Facebook?" question. As a monopoly, should it be broken up? If so how? As a mass manipulator, should its activities be curtailed? As a source of great wealth to very powerful people, it presents all of the obstacles to altering its activity as does, for example, the problem of addressing the harms done by Wall Street. And as a utility, should it be allowed to continue as a private operation, or be nationalized and run in the public interest only?

These are heady questions. This piece represents a first attempt to grapple with some of them, and I may well return to the full topic later. But let's start here, with a look at an article in the Guardian by Barry Lynn and Matt Stoller, both of the Open Markets Institute, a think tank that studies monopolies.

The article's title: "Facebook must be restructured. The FTC should take these nine steps now." I recommend reading it in full, but I want to present today just the authors' suggestions for "fixing" Facebook. These are their recommended nine steps:

2) Spin off Facebook's ad network. This will eliminate, in one swoop, most of the incentive that Facebook now has to amass data and to interfere and discriminate in the provision of information and news.

3) Reverse the approvals for Facebook purchases of WhatsApp and Instagram, and re-establish these as competing social networks.

4) Prohibit all future acquisitions by Facebook for at least five years.

5) Establish a system to ensure the transparency of all political communications on Facebook, similar to other major communication networks in the United States.

6) Require Facebook to adopt open and transparent standards, similar to conditions the FTC imposed on AOL Messenger in the AOL-Time Warner merger settlement in 2001.

Related Topic(s): Democracy; Facebook; Facebook And American Politics; Transparency; Whatsapp, Add Tags
Add to My Group(s)
Go To Commenting
The views expressed herein are the sole responsibility of the author and do not necessarily reflect those of this website or its editors.