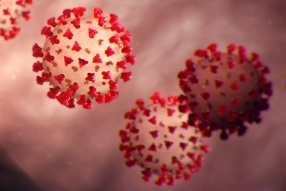 We are obviously living in extraordinary times. The worst medical calamity in over a century has torn the world asunder. On the bright side, air pollution has been reduced worldwide. People in Delhi, India, can see the Himalayan Mountains for the first time in modern memory. Peacocks are invading Ronda, Spain; a gang of goats wander around a seaside town in north Wales; mountain lions roaming the streets of Santiago, Chile; and coyotes touring San Francisco. On the tragic side, millions of people have contracted the disease and hundreds of thousands have died. There is no vaccine and the current prognosis is that the first one is still six months to a year away.

Compared to past pandemics, Covid-19 appears to be one of the worst kind. The swine flu, or H1N1, which came into our lives in 2009 and lasted about a year, affected some 60 million people, but caused less than 13,000 deaths worldwide. SARS, severe acute respiratory syndrome, was the first pandemic of the 21st Century, but its spread was reduced due to its limited infectious period and quick government action across the globe and less than 10,000 were affected.

Covid-19 is not quite as bad as the worst medical disasters that man has seen, at least not yet. The Black Death which was caused by a bacterium called Yersinia pestis and destroyed Europe between 1347 and 1351 was responsible for an estimated 75-200 million deaths, or around 50% of Europe's population. HIV has been around since the 1980s and has claimed over 32 million deaths, but its spread is limited and modern treatment has allowed people who are affected to live almost normal lives.

Our current pandemic most resembles the Spanish Flu of 1918 which started in the US and spread to Europe towards the end of World War I. In just under three years, January 1918 to December 1920, around 500 million people were affected, or one third of Earth's population at the time, and an estimated 50 million people around the world died with 675,000 in the US alone. If we don't contain Covid-19, that is probably what we are looking at.

The spread of this disease has been nothing short of phenomenal. China tried to contain it on January 23 by quarantining the entire city of Wuhan, then the entire province of Hubei, but it was too late. Modern global interaction where one can traverse the globe in less than 24 hours makes geographical containment of viruses nearly impossible. Later travel bans on China by the US and Europe proved equally fruitless. The cat was out of the bag and nothing we could do would put it back. By April, most of the world was locked down and preparing for the worst medical tragedy they've seen in the past 100 years.

Trade restrictions have also affected the world's economy. According to the US News and World Reports, "India clamped down on its outbound shipments of hydroxychloroquine, an anti-malaria drug that anecdotal evidence suggests may be effective in treating the virus - though it partially lifted its restrictions this week after drawing the ire of the Trump administration. Germany temporarily banned exports of medical protective gear last month."

When China implemented its lockdown, it did more than just limit the movement of its peoples and goods. It broke supply chains everywhere. Since the 1990s, China has been the main hub of international manufacturing in most industries and that hub suddenly disappeared. As fairobserver.com points out, "by 2011, 91% of all personal computers, 80% of all air conditioners, 74% of global solar cells, 71% of cell phones and 60% of all cement were manufactured in China." As a result, material for everything from medical equipment, e.g. masks, swabs, machinery, etc., to computer parts, transistors, diodes, et. al. became scarce making it impossible to continue manufacturing anything that contained those items. The world was forced to create ad hoc supply chains to satisfy urgent medical device needs that didn't even exist two months prior.

We have seen the horrors of this monster take the lives of hundreds of thousands of people since the beginning of 2020 and all the cheering, clapping and accolades praising our first responders that we have lavishly provided night after night cannot return our loved ones who have become victims of it. China was the first to seize up followed by South Korea and Singapore, then Europe froze, first in Italy then Spain and elsewhere and even Iran was hard hit. The US was also hit and this is where the problem mushroomed into a giant, enormous, long-term catastrophe.

Here we are in mid-May and we have essentially created two worlds. Those countries that were devastated by the virus in February and March are now slowly returning to a post-lockdown lifestyle. Since April 23 the active cases in Spain and Italy have been steadily falling while China's active cases have stayed below 1,000. France's active cases have stabilized since around the same time and Germany has seen a decrease since April 6. South Korea, Japan, Australia and New Zealand have all see the virus nearly disappear since mid-April.

Some countries are seeing a surprise increase in cases such as Russia, Brazil, Mexico and a few others, but the one that stands out is the US. The United States currently has 1/3 of all known cases, 42% of all currently active cases, and 28% of all deaths. Compounding this dilemma is that fact that there has not been a coordinated solution at the federal level. President Trump has not only decided to let each state fend for itself, he has actively participated in the demise of some states' strategies depending on his personal viewpoint.

While having no federal response plan in place, Trump has consistently attacked states who have followed top-level medical advice and have moved too cautiously in his opinion. He has tweeted "Liberate (name of state)" several times and has encouraged citizens to protest in the street against their governors. He has legally forced meat slaughterhouses to remain open even after thousands of workers have been infected and dozens have died. These provocations, along with others, have resulted in new infection hot spots popping up across the country.

Misinformation, conspiracy theories and presidential lies have also played a huge part in the chaos that has gripped the nation. From the Plandemic conspiracy which pretends that this is all a hoax to President Trump's promotion of an unproven cure, hydroxychloroquine, Americans have been inundated with falsities and false hopes. The little coordinated effort that states have tried to implement in order to get through this pandemic has been undermined by a president and his supporters at every turn.

This brings us to the inevitable result that will soon rear its ugly face for all the world to see. Much of Europe is opening back up and returning to regular society, albeit with the precautions necessary for a post-Covid-19 version. China and South Korea have been leading the way and other countries, from Australia and New Zealand to Costa Rica and Pakistan, are beginning to follow suit. It is only a matter of time before all phases of life, including open trade, tourism, air travel and others return to this new normal.

The ugly face here is obviously the United States. Since World War II, most of the world has generally accepted the role of follower-the-leader while the US has continuously played the role of leader. With the election of Donald Trump as president those rules have steadily eroded. He has pursued a very antagonistic posture against traditional American allies while seeking to improve relations with tyrants across the globe. For nearly two months he failed to take action against Covid-19 and the result has been devastating. Insufficient quantities of proper PPE (personal protective equipment), virtually no federal action plan and a propensity to push conspiracy theories and bogus cures have made the US the hardest hit country in the world. The US probably won't be able to fully open for another few months if not longer.

On the other hand, China took control of the virus early on and has been able to help other countries in their plan of attack. "[Since] mid-April, the Chinese government has been providing medical supplies to more than 140 countries and international organizations " sent 14 teams of medical experts to 12 countries. " have donated medical supplies to more than 100 countries, regions and international organizations."