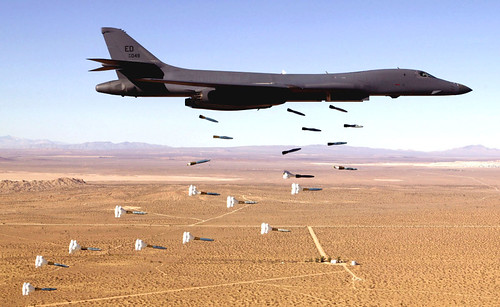 Headlines emanating from the West regarding Syria's ongoing war have a common theme allegations of Syria and Russia's "ruthless barrage" of the northern region of Idlib.

So often however has the US and its allies falsely invoked "humanitarian concern" that these headlines fall on informed and discerning ears who not only reject it, but have cemented in their minds a familiarity with this ploy that will make it all but impossible to use it again on whatever battlefield the US shifts its foreign policy to next.

CBS in its article, "Syrians trapped by Assad's ruthless Russian-backed barrage in Idlib beg for help," peddles an all-too-familiar narrative of helpless, innocent civilians in desperate need of "help." That "help," of course always comes in the form of US intervention and the eventual, total destruction of the nation as was the case for Libya in 2011.

More than three million people are trapped under a Syrian bombing campaign as Bashar Assad battles to reclaim the last enclave held by rebels in his country. Idlib is the only remaining opposition stronghold after eight grueling years of civil war.

There are no "rebels" or "opposition" in Idlib. There are however legions of militants operating under the banners of Al Qaeda, the self-proclaimed "Islamic State" (ISIS), and their various affiliates.

These terrorists are the recipients of foreign arms and support and many of them are not even themselves Syrian making CBS' claims that Syria's conflict is a "civil war" wholly inaccurate.

Far from Syrian or Russian "propaganda," the fact that Idlib has been occupied by terrorists and not "rebels" is one admitted by the Western media itself and a fact admitted to since the region first fell to foreign-armed terrorists.

After a two-year siege, al Qaeda's affiliate in Syria and other insurgents on Wednesday captured the one remaining Syrian army air base in Idlib, a development that activists said effectively expelled the last of President Bashar al-Assad's military from the northwestern province.

From the moment Idlib fell, throughout its occupation by terrorist forces, and up to the current Syrian assault to liberate Idlib, it is by the West's own admission terrorists that Syrian and Russian forces are fighting.

The collective attempt by the Western media to sidestep this fact a fact they themselves have previously acknowledged and reported on is aimed at condemning and impeding ongoing security operations organized by Damascus in Idlib.

Still Trying to Sell US Intervention

The CBS article like many examples of Western war propaganda after deceiving readers as to who Syrian forces are fighting in Idlib makes the case for US intervention, claiming:

Related Topic(s): Assad; Bombing; Israel; Pentagon; Syrian Refugees; Western Media, Add Tags
Add to My Group(s)
Go To Commenting
The views expressed herein are the sole responsibility of the author and do not necessarily reflect those of this website or its editors.