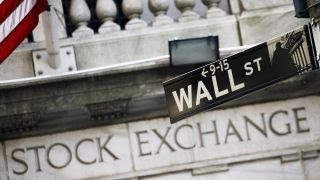 Language matters. For example, the way our society's leaders choose to comment on the health of America's economy can either make clear to us commoners what's going on -- or obfuscate, hide and even lie about the reality we face.

Consider that the most common measurement that the media, politicians and corporations use to tell us whether our economy is zooming or sputtering is Wall Street's index of stock prices. The media literally spews out some number every hour indicating that the Dow Jones Average of stock prices is up, down or sluggish -- as though everyone is waiting breathlessly for that news.

But wait -- nearly all stock is owned by the richest 10 percent of Americans, so the Dow Jones Average says nothing about the economic condition of the 90 percent majority of Americans. For us -- and for the true economic health of America as a whole -- we need to know the Doug Jones Average. In plain language, the question leaders should ask every day is: How're Doug and Delores Jones doing?

As we've seen for years now, stock prices keep rising to record highs, while wages and living standards of the middle class and poor majority have been held down by the same corporate and political "leaders" telling us to keep our eye on the Dow. Indeed, they also play a dirty language trick on us when they issue the monthly report on the health of America's job market. Currently, they say, with the unemployment rate down to four percent, the job market is booming!

But wait again -- that only reflects the number of jobs, not their dollar value in terms of wages and benefits. Having lots of people doing poorly paid work is not a healthy job economy. Notice that they don't measure the stock market by the number of stocks out there, but by their value. And they should measure your job market the same way in order to get an honest picture of how Doug and Delores are doing.

Of course, they'd only do that if they gave a damn about Doug and Delores. And their actions more than prove they don't.

Remember last year when Donald Trump and his echo chamber of congressional Trumpeteers bragged that their yuuuuuge tax cut for corporations would spark an equally huge corporate spending spree on new American factories, millions of jobs, and higher wages for working stiffs?

Well, corporations have been banking billions of bucks from this massive Republican giveaway of our public funds -- and just as they promised, we're now seeing corporate chieftains spending wildly! Only... they're spending their windfall on themselves, not on jobs, wages, or boosting America's economy.

Mainly, the bonanza is being poured into an unproductive, self-serving scheme called "buybacks." These giants literally are spending their newfound billions to buy up their own shares of stock. Why? By reducing the total number of shares on the market, the value of each remaining share increases, for those lucky shareholders get a bigger piece of the company's profit pie. Yes, less magically means more!

Related Topic(s): Corporations; Dow Jones; Economy; Inequality; Media, Add Tags
Add to My Group(s)
Go To Commenting
The views expressed herein are the sole responsibility of the author and do not necessarily reflect those of this website or its editors.