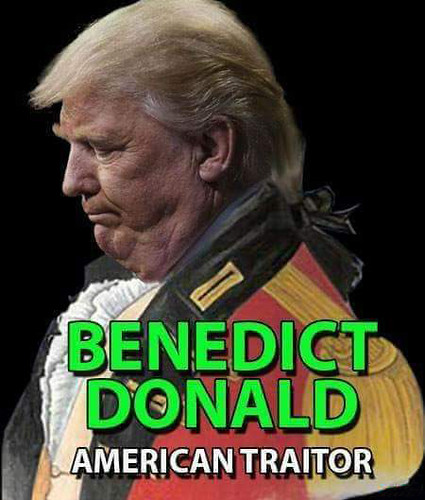 Trump's also actively damaging the ability of the incoming Biden administration to aid Americans during the Trump Depression, and to get the virus in check. In this, he has help from Steve Mnuchin and Mitch McConnell.

While McConnell is refusing to even allow a conversation in the Senate about the HEROES Act that already passed the House and would put money in unemployed Americans' pockets, Mnuchin wants the Fed to return the CARES Act money that they're leveraging to sustain the stock market.

As Senator Ron Wyden said, "As the economy backslides amid skyrocketing COVID-19 cases, Secretary Mnuchin is engaged in economic sabotage, and trying to tie the Biden administration's hands."

This will mean that any effort to revive the economy once Biden takes office will have to pass through Mitch McConnell, and he'll extract more money and deregulation for his billionaire buddies as the price of even modest help for average Americans. But it gets worse.

Trump is also shutting down the "Open Skies" program where American spy planes help Europe keep track of Russian troop and weapons movements, and is ordering the spy planes destroyed before he leaves office so it will take years to rebuild America's European intelligence capabilities.

Trump is installing his anti-American toadies in Civil Service positions across multiple agencies that regulate polluting industries and protect Americans from unscrupulous bankers, so civil-service protections will make it almost impossible for Biden to fire them.

He's already devastated the science capabilities of the Environmental Protection Agency, getting rid of about half their scientists, and done everything he can to destroy the reputations of the CDC and the FDA. He's trashed American's trust in the FBI and Justice Department.

When the Ottoman Empire was overwhelming the Balkans, Vlad the Impaler poisoned the wells of his community to deny them the spoils of war. When Emperor Frederick Barbarosa conquered Italy in 1155, he put human corpses in rebel community wells to render the areas unlivable for a generation.

Trump is doing something similar right now by sabotaging the Fed, our courts, and America's working people. And he has enthusiastic domestic helpers, including McConnell, Mnuchin, and Miller, along with international promoters of neofascism and oligarchy around the world.

There's also growing speculation, leaks, and alarm that the White House is destroying records of Trump's other crimes and efforts to kneecap America. Meanwhile, he's set us up for a competent Republican authoritarian to finally destroy this country if that Party can win the presidency in 2024.

Donald Trump has brought America to her knees. He let a quarter million Americans die, shredded our intelligence and national security apparatus, devastated our protections against predatory billionaires and corporations, and smeared the reputation of democracy itself.


Every American who believes in the ideals and hopes at the core of the American experiment must repudiate and fight any effort by this corrupted Republican Oligarchy to continue its complicity in Trump's treason.

Related Topic(s): Republican; Republican Obstructionism; Republicanism; Stop Harassment; Stop Trump Movement; Trump Against Democracy; Trump Crime; Trump Fascist; Trump Treason, Add Tags
Add to My Group(s)
Go To Commenting
The views expressed herein are the sole responsibility of the author and do not necessarily reflect those of this website or its editors.