The young people see this situation for what it is: Corruption. 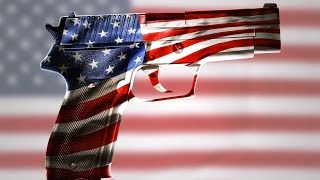 Be sure to pack a bulletproof vest when visiting America
(Image by YouTube, Channel: Alltime10s)   Details   DMCA

As the school shooting in Parkland, Florida has shown, what was considered insanely corrupt political behavior 40 years ago is now normal. And you can thank right-wingers on the Supreme Court.

In 1982 this sort of thing was a major, career-ending scandal for both the politician and the businessman. A wealthy man owning a politician, who, in turn, changed the tax code and altered regulations to increase the businessman's profits, was considered a symptom of intolerable corruption.

But what Parker and most Americans didn't realize was that, in 1982, the die had already been cast and the oligarchs had already begun seizing the levers of power in America; a seizure that would lead to the deaths of tens of thousands of Americans.

The billionaires doing the seizing of our nation just didn't come out about it until the presidency of Barack Obama, when the Koch Network, Adelson, the Mercers and the Waltons all became openly, and in some cases braggadociously, political in their "giving."

As I noted in my book The Crash of 2016, The American Legislative Exchange Council was founded in 1973, right after Lewis Powell's memo -- suggesting a propaganda program to promote the interests of big business and the rich -- began circulating through top corporate and high-net-worth circles. That year, too, the Heritage Foundation was created. And in 1977, Charles Koch and friends founded the CATO Institute.

While the efforts of these groups have been multifaceted, their most obvious and deadly impact has been on the ongoing proliferation of weapons of war in America, and the denial of healthcare to millions in so-called red states. With the installation of Reagan, big business and billionaires were finally to get the tax breaks and other goodies that they wanted from Congress and the Executive Branch, while waging war on unions and working people.

But to Lewis Powell, a lawyer by training and the author of the infamous blueprint for billionaires to take over America (now known as The Powell Memo), nothing was more important than targeting the courts.

In his memo, Powell wrote, "Under our constitutional system, especially with an activist-minded Supreme Court, the judiciary may be the most important instrument for social, economic and political change."

He noted, "This is a vast area of opportunity for the Chamber, if it is willing to undertake the role of spokesman for American business and if, in turn, business is willing to provide the funds."

Laying out specifics, Powell added, "The Chamber would need a highly competent staff of lawyers. In special situations it should be authorized to engage, to appear as counsel amicus in the Supreme Court, lawyers of national standing and reputation. The greatest care should be exercised in selecting the cases in which to participate, or the suits to institute. But the opportunity merits the necessary effort."

In the 1970s, as the US Chamber of Commerce focused on the courts, employing high-priced, savvy lawyers, and flooding the Supreme Court chamber with amicus briefs, a string of explosive decisions throughout the decade gave the #MorbidlyRich what they needed to eventually overthrow FDR's New Deal and to radically reinterpret the 2nd Amendment.

In 1976, in Buckley v. Valeo, the Supreme Court (to which Nixon appointed Lewis Powell in 1972, the year after Powell wrote his infamous memo) ruled that political money is constitutionally protected free speech, changing American law so that those who have the most money would have the most "First Amendment free speech" in our political system. And if there was anything that the NRA was getting good at, it was raising money from weapons manufacturers and others.

Related Topic(s): Guns; Money; NRA; Political Values, Add Tags
Add to My Group(s)
Go To Commenting
The views expressed herein are the sole responsibility of the author and do not necessarily reflect those of this website or its editors.