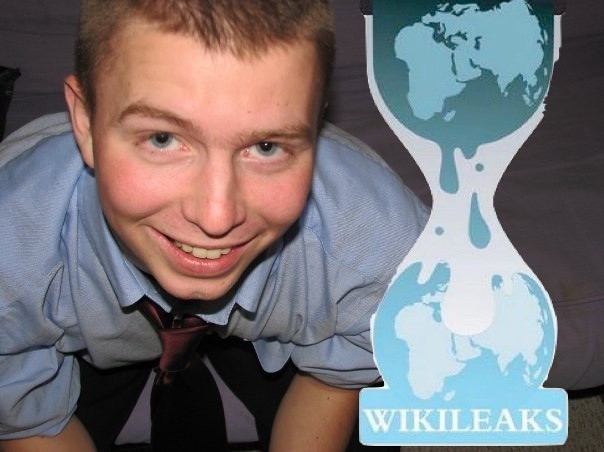 A little more than a year ago, Pfc. Bradley Manning was arrested for allegedly leaking classified information, specifically the "Collateral Murder" video that showed the slaying of two Reuters journalists by the US military forces. He was held in Baghdad, shipped to Kuwait, held in isolation away from any sort of media attention and then transferred to Quantico Marine brig in Virginia, where many believe he suffered inhumane treatment as the military subjected him to harsh conditions hoping he would crack and comply with interrogation.

Ann Clwyd in the UK House of Commons, former State Department spokesperson PJ Crowley, David House, Amnesty International, the Bradley Manning Support Network and numerous other supporters from around the world including over 500,000 individuals who signed a virtual Avaaz petition to President Barack Obama, Secretary of State and Secretary of Defense Robert Gates all contributed to the attention that eventually led to Manning being transferred to Ft. Leavenworth, Kansas, where he now is given much better treatment.

To discuss Manning and the one year anniversary of his arrest, I had Kevin Zeese, a Bradley Manning Support Network Steering Committee member, come on the weekly podcast I independently produce called "This Week in WikiLeaks." The show looks at stories related to WikiLeaks from the past week and offers people a way to stay informed on the latest news related to all things WikiLeaks especially news that involves Cablegate, Bradley Manning, the Grand Jury investigation into WikiLeaks, transparency, secrecy, whistleblowing, etc.

[*To listen to the show, go here and click play on the embedded player. Or, go to CMN News and click "download" or "listen." It will appear at the top of the page or in the list.]

This flash video was removed for security reasons
In the past week, there were two documentaries (or films) that went public, which portrayed Bradley Manning. One was the PBS FRONTLINE  documentary (which I had much to say about and even went on RT's "The Alyona Show" to discuss). Another was an  investigative short film put together by The Guardian.

What I find interesting, and this starts to come out in the Guardian version, is that some of his colleagues who allegedly bullied [Manning] to the point of break down...a lot of these guys that were in the military just sat around and watched videos of Americans killing civilians. And they're the ones making him out to be crazy. To me, there is something seriously wrong with the American military if you have people who are holding up mutilated bodies, showing trophies from mutilated bodies and you have people taking pleasure on Abu Ghraib, torturing other humans. There's something seriously sick in the military that is being shown by these kinds of actions and Manning's colleagues just sitting around and watching videos of death and destruction, US military killing civilians, very weird. And, they point to Manning being the sick one.

I asked Zeese to comment on how the notion that Manning was motivated by moral values or social justice to leak the information is completely overlooked in the recently produced films:

The social justice aspect of this is the dominant aspect. And even the way he was treated as a gay man in the military is part of that social justice question to me. That makes some sensible connection to me. But, the war crimes that were going on in Iraq and Afghanistan at the time of this release and prior to this release were really widespread. We only got the tip of the iceberg with Abu Ghraib. There were multiple black prison sites. There were kill teams going out assassinating and targeting people. The Afghanistan--Thousands of pictures. Der Spiegel has 4,000 photos of Americans posing with dead bodies. So, we're dealing with a widespread situation of war crimes that's not being reported.

Zeese spoke to how Manning's case fits into the war on whistleblowing saying:

There's definitely a war on whistleblowing going on and the reason there's a war is because every day the people who run the empire know they're committing crimes. And, they know that their subordinates see it. They know that with cell phones and tape recorders and tweeting and Facebook and discs--there's so many ways now to capture the violations of law--that they need to have a war on whistleblowing and they need to make an example of Bradley Manning to try and stop it.

Zeese finds the case of Bradley Manning, when compared to his history of work defending people as a criminal defense lawyer, has been an interesting one:

This case has been so backwards every step of the way. The fact that he was punished the way he was while in detention for the last year of solitary confinement is just one example. The fact that he's been pronounced guilty by the Commander-in-Chief before he's even been formally charged in the Article 13 hearing [is another example].

The Manning Support Network's focus will now be on ensuring his trial is not secret. They believe the public has a right to decide for themselves based on evidence presented whether he is guilty or not, as the trial unfolds.
An Article 13 pre-trial hearing will take place mid-summer. In December, the trial is likely to begin.
A major rally will take place on June 4th at Ft. Leavenworth and will be the first major support rally held since he was transferred from Quantico.
Zeese concludes, the people of this country and the world have the "rest of this year to save Bradley Manning."

Kevin Gosztola is managing editor of Shadowproof Press. He also produces and co-hosts the weekly podcast, "Unauthorized Disclosure." He was an editor for OpEdNews.com
Related Topic(s): Bradley Manning; Cablegate; P-j-crowley; Podcast; Transparency; Whistleblowers-ing; Wikileaks, Add Tags
Add to My Group(s)
Go To Commenting
The views expressed herein are the sole responsibility of the author and do not necessarily reflect those of this website or its editors.