The Consequences of Identity Politics. Cultural, social, and moral death inflicted by "wokeness" 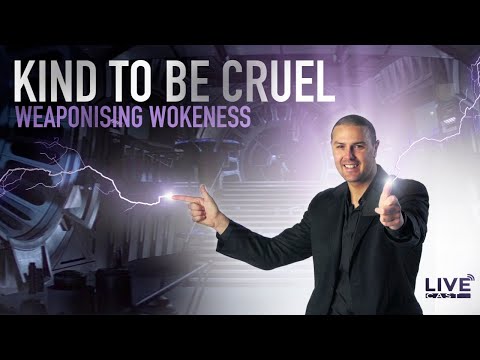 We face more dangers -- perhaps greater ones -- than the coronavirus. Both the US as a community of people and its economy are under dangerous assault by forces of our own making. This article focuses on the threat to community. A future article will address the threat to the economy.

Here are three examples of what has happened to the United States as a community of people:

In the first link above, a college professor who emigrated to the US from the Soviet Union as a young woman describes the Sovietization of America. She doesn't mean that the economy has been communized or socialized. She means the rise of denunciation in place of reasoned discourse.

Education has become the home of wokeness and Identity Politics. These ideologies allow "people to hound and persecute with impunity. People love it because it allows a little person to completely destroy somebody who has done something great. This is very human. Once you have removed any moral or religious obstacles to that behavior, what's to stop anybody?"

On her campus, "We have this bias response team that prowls the campus looking for signs of non-compliance. We had the same thing in the Soviet Union. Right now they're on campus, but eventually, they're going to be in every workplace. If you have everybody in your workplace trained in diversity, then you can treat your workers however you like."

In the workplace as well as in the educational system, the culture created by diversity and sensitivity training turns co-workers into enemies. "Either they can get you in trouble, or they are out to destroy you with an accusation. It destroys all sorts of communities -- friendship, families, church communities. When you set people against each other, they are much easier to control. This is what it was like under totalitarianism." But in the United States, the conformity is not being imposed by the government. It is the offspring of the leftwing that abandoned the working class, peace, and empathy for others. You can read this story in Diana Johnstone's brilliant memoir of our time, Circle in the Darkness.

The college professor says that in the "Soviet Union when you were a student and assigned to write a paper, you knew that the thing to do was to go straight to the correct books in the library and copy the relevant articles, word for word, with no deviations. That was your paper. When my family left, we arrived in Canada, and I entered the university there. When I was assigned my first paper, I found it impossible to believe that the teacher really did want me to think for myself. It was an incredible feeling! To think about something, and to say what I really thought about it! It was so weird, but so liberating. Now, I'm seeing young people who are just like we were in the Soviet Union. They are afraid to think for themselves. They only want to know what the "right" answer is, and repeat it. It's depressing."

She mentors early career academics, but the graduate students are not capable of producing scholarship. Instead they turn in "collections of woke slogans." She says the students don't even understand what she wants from them. "It seems like all they get in the schools is dogma. They have no real knowledge of anything -- they just repeat slogans, and when you ask them to explain it, they turn blank."

The American educational system has become a place where people are afraid to express opinions and debate issues. The slightest wrong thought or word can bring denunciation. They fear being marginalized, cancelled as a person, turned into a pariah. "If somebody departs from the dogma, even by an inch, that person is an evil, hate-filled bigot."

She says it wasn't this way 10 years ago, but quickly spread in academia and now the workplace like a virus among the population.

The second link above. shows the consequence of decades of teaching American blacks to hate American whites. This highly destructive teaching of hatred is now being further institutionalized in the American educational system by the New York Times' 1619 Project. After the experience in Russia and China of communists teaching people hatred of capitalists and the bourgeoisie and the hatred of Jews generated in pre-WWII Germany, why does the New York Times and the American Left want to repeat the experience here?

The third link shows that not even well-organized feminists, an influential victim group, are immune from woke attacks from the Identity Politics that enabled the feminists to rise as a denunciatory force. Live by the sword and die by the sword. This seems to be the future of America.

The liberal attack on religion did not liberate people or their consciousness. The attack liberated evil from moral control. In a multicultural society, the danger is apparent.

Related Topic(s): Dangerous; Identity Politics; People; Students; Teaching; Workplace, Add Tags
Add to My Group(s)
Go To Commenting
The views expressed herein are the sole responsibility of the author and do not necessarily reflect those of this website or its editors.