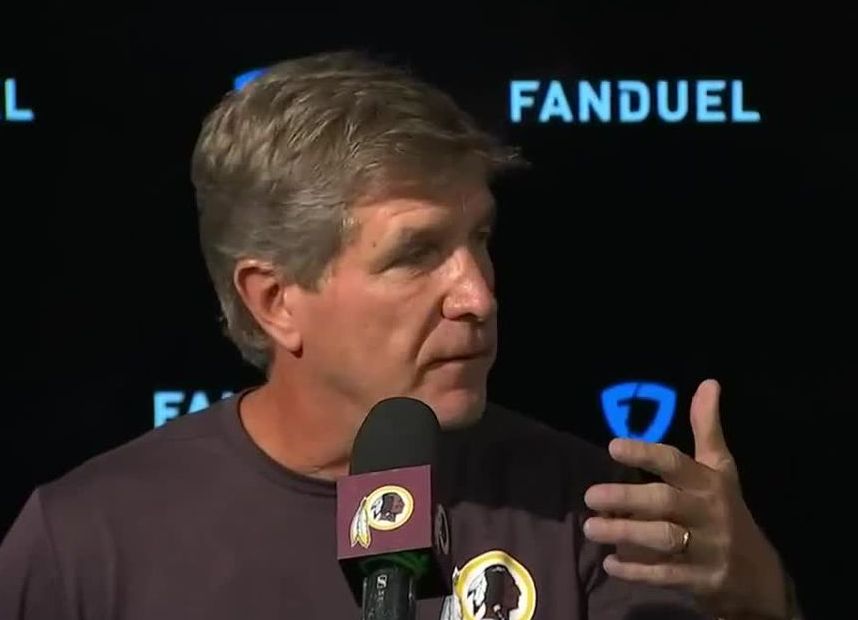 With more than twenty years of coaching experience, Bill Callahan will now be the Washington Redskins interim head coach, the team president Bruce Allen made the announcement. Neither the team nor the work is strange to Callahan, for he has been there coaching the Redskins as offensive line coach since 2015 to the present day.

Besides, he has been promoted as the assistant head coach for the Redskins in 2017, and as such, this was an expected move to take, especially after the firing of the ex-head coach Jay Gruden. The incident took place last Monday 7th October, to be exact, a move that was seen as a necessity after the Washington Redskins poor start to the new NFL campaign with five losses, the latest being to the New England Patriots. Some might argue that changing the head coach might not yield the magical results that the administration might be expected, still, there is hope that since Callahan has been the offensive head coach, he is the most qualified to be the head coach and get results for the team in one go!

What does Callahan bring with him?

· Three years offensive coordinator for the Oakland Raiders - 1998 to 2001

From that time on, he has been with the Redskins in one capacity or the other, and administration has hopes that he knows the ropes of his team enough. And, together with that, they will start achieving the results that this team has been building itself up to do. You can go here to find cheap NFL tickets without service fees to watch the Redskins' remaining games of the regular season.

The owner of the Washington Redskins, Snyder had promised that he would make any necessary changes if the team loses four games. Although they were beaten in four games at the beginning of the season, they went on to repeat it with a fifth defeat he took the final move.

Since the team has not given expected results to date, it is hoped that with the change in coaching and the fact that the new interim head coach Bill Callahan knows the team inside out, positive changes will be seen starting from now.

The team members did state that they had not performed up to what had been expected of them, but they are trying to look forward to the upcoming games with optimism. Of course, Callahan has a lot of responsibility to shoulder, but it is believed that he will be more than able to deliver all that is expected.

NFL is a hurdle to all players, coaches but it brings excitement and challenge, and the Redskins are out to do just that, so let's cross our fingers and see what the coming weeks will have them with their new interim head coach.

I'm a passionate writer who loves to travel a lot. I'm pleased only when my writings are helpful to someone else.
Related Topic(s): Washington Redskins, Add Tags
Add to My Group(s)
Go To Commenting
The views expressed herein are the sole responsibility of the author and do not necessarily reflect those of this website or its editors.