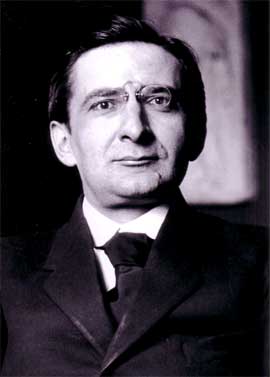 Duluth, Minnesota (OpEdNews) October 14, 2015: Walter Kirn (born in 1962), a self-described neurotic who has lived in Montana for almost 25 years now, has published "If You're Not Paranoid, You're Crazy" in the November 2015 ATLANTIC MAGAZINE, which is available at the magazine's website.

Kirn's piece is about our electronic gadgetry and our shifting sense of privacy.

But he does not happen to advert explicitly to the brave new world of audio and visual surveillance that George Orwell envisions in his dystopian novel NINETEEN EIGHTY-FOUR (1948) -- nor to Big Brother.

Toward the end of his lengthy piece, Kirn in effect admits that his own sense of privacy is culturally conditioned, when he discusses a certain young man's lack of concern about the electronic surveillance and data mining:

"I wondered whether a generation that found the concept of privacy archaic might be undergoing a great mutation, surrendering the interior psychic realms whose sanctity can no longer be assured. Masking one insides behind one's outsides -- once the essential task of human social life -- was becoming a strenuous, suspect undertaking; why not, like my teenage acquaintance, just quit the fight?"

A bit later, Kirn says, "But I am too old for this embrace of nakedness. I still believe in the boundaries of my own skull and feel uneasy when they are crossed."

Earlier in his piece, Kirn says, "It struck me that the search engine might know more about my unconscious than I do -- a possibility that would put it in a position not only to predict my behavior, but to manipulate it. Lose your privacy, lose your free will -- a chilling thought."

Subsequently, Kirn says that "yes, I'd become a little paranoid. I would have to be crazy not to be."

In the central part of the piece, Kirn recounts how he and a friend set out, on a lark, to investigate the suspicious-looking Utah Data Center in Saratoga Springs -- under the cover of night. For Kirn, the center represents "the age of Big Data and Big Surveillance." But a flying craft of some kind hovered over them in the air above and seemed to scan them. All they could see of it was its tiny blinking red light, although they could hear it. But then it flew away.

Kirn says, "Loss of privacy seemed like a tiny issue, suddenly, compared with the greater loss the place [the center] presaged: loss of existential stature."

Kirn also writes of "the feelings of powerlessness stirred by the cybernetic panopticon [of Big Surveillance]."

So we in Western culture have moved from Orwell's portrayal of Big Brother to Kirn's sketch of Big Data and Big Surveillance.

Related Topic(s): Culture; Data Mining; Data-mining; Evil; Healing; Suffering; Suffering; Surveillance, Add Tags
Add to My Group(s)
Go To Commenting
The views expressed herein are the sole responsibility of the author and do not necessarily reflect those of this website or its editors.