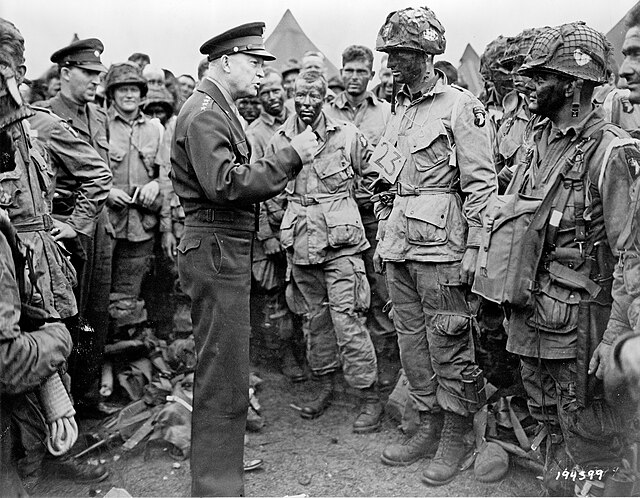 The Atlantic's Ronald Brownstein reports that a new political organization, With Honor, "has launched a major effort to elect to the House more recent military veterans who commit to working across party lines. ... a bipartisan core of House Members who are inclined to seek common ground, whatever their personal views."

The idea that veterans are particularly well-suited for political office -- in part because of "their experience working in diverse teams that pursue common goals under great stress," as Brownstein describes With Honor CEO Rye Barcott's view -- is not a new one. Nor is the expectation of a ready and waiting bloc of voters, many perhaps veterans themselves, who are inclined to support veteran candidates.

Perhaps that was once the case, but it isn't any more. The notion is anchored in a bygone age.

From 1952 to 1992, there was no point in bothering to run for president if you weren't a World War Two veteran (the lone exception, Jimmy Carter, was about to graduate from the US Naval Academy when the war ended).

In 2000, George W. Bush, technically a veteran but thought a deserter by many, beat an actual Vietnam veteran, Al Gore -- and in 2004 he again won versus Vietnam veteran John Kerry.

In 2012 and 2016, neither major American political party bothered to run a veteran for president. Why would they? Their most credible veteran candidates had lost five times in a row to non-veterans or to politicians with disputed claims as to the character of their military service.

I'll let you in on three little secrets:

First, the only thing all veterans have in common is that we're former government employees. Clerks. Cooks. Cops. Mechanics. Truck drivers. And, yes, some combatants.

Second, we all joined the military for our own reasons. For college money. Because there weren't a lot of good jobs in our towns. To learn a marketable skill. And, yes, some of us out of our own personal notions of duty or patriotism.

Third, we all have our own political convictions, from staunch conservative to bleeding heart liberal to social democrat to radical libertarian. Put three veterans in a room and you'll get four answers to whatever question you ask them.

Political organizations should be formed around principles and policy proposals, not around people who have the same former employer.

I'm not looking for politicians who "work across party lines" to "find common ground." I'm looking for candidates who will defend our liberty and reduce the size, scope and power of government. And I don't care who those politicians used to work for. Neither should you.

Related Topic(s): Veterans, Add Tags
Add to My Group(s)
Go To Commenting
The views expressed herein are the sole responsibility of the author and do not necessarily reflect those of this website or its editors.