Okay. Let's talk about the promise and threat of the Corona Virus Covid 19 vaccine.

What are you thoughts, hopes and concerns?

There is talk that people will be forced to be vaccinated, and that they may be chipped or tattooed to mark them. That's a scary concept. I'm not sure it's real, but we surely want to make sure it never becomes reality.

And there could be a variety of vaccines. Which one, if any to try

Then there's the legitimate concern that Trump will offer something that he says works, but which may just kill you. Yeah, that same conversation is going on over chloroquine too. Lots to discuss. Let loose. 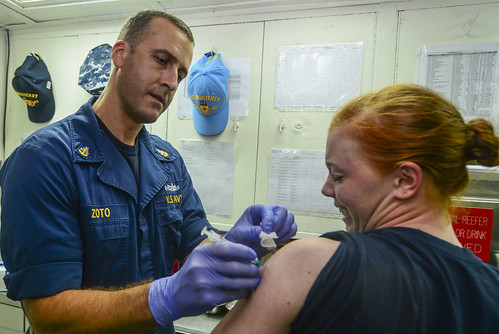 Related Topic(s): Corona Virus Coronavirus Covid-19; Open Threads; Vaccines, Add Tags
Add to My Group(s)
Go To Commenting
The views expressed herein are the sole responsibility of the author and do not necessarily reflect those of this website or its editors.